Let me introduce the latest addition to the alucidnation recording studio – the rather rare Roland RE3 Space Echo.

Released in late 1988, it was designed to replicate as closely as possible the famed RE-201 Space Echo, replacing the endless loop of magnetic tape and sheer bulk of the older unit in a 1U sized, digital replication, whilst adhering to all of the original’s audio anomalies.

Known for its abilities to take an audio signal and infinitely delay it, whilst mangling it [in a decent way], it achieved notoriety with dub producers such as Scientist and King Tubby.

Due to a lack of rack space and keen to avoid reliability issues, the RE3 seemed perfect for me.

I’ve been lusting after one of these for about 15 months now, even setting up a search on eBay in the vain hope that one will get listed within the UK. They appear to be much more common over in Japan and America, but usually they’re not in great condition and also require a step-down transformer to convert the unit to 240V – not ideal, really.

Finally, in early April of this year [2017], one did pop up on eBay for sale in the UK. I leapt on it, putting in a best offer on it, but for whatever reason, the seller decided against flogging it. After contacting him to ask what the reason was, he somewhat sheepishly replied that ‘a friend of his had persuaded him that it was worthwhile hanging onto’.

Here’s an example of one being used to great effect… which goes to show that it works beautifully with acoustic instruments as well as electronic gear.

So I carried on my search, until about two weeks ago, when the same unit re-appeared on eBay, this time at a much higher price. I didn’t buy it immediately, which is just as well, as the price inexplicably was reduced, not once, but twice, ending up at £200. It was at this point I bought the unit, travelling over to deepest Essex to pick it up from the seller. I don’t tend to trust courier firms to look after electronic gear…

As you can see from the pictures, it’s an immaculate example, and I’m really looking forward to plumbing it into my setup and having a tweak. 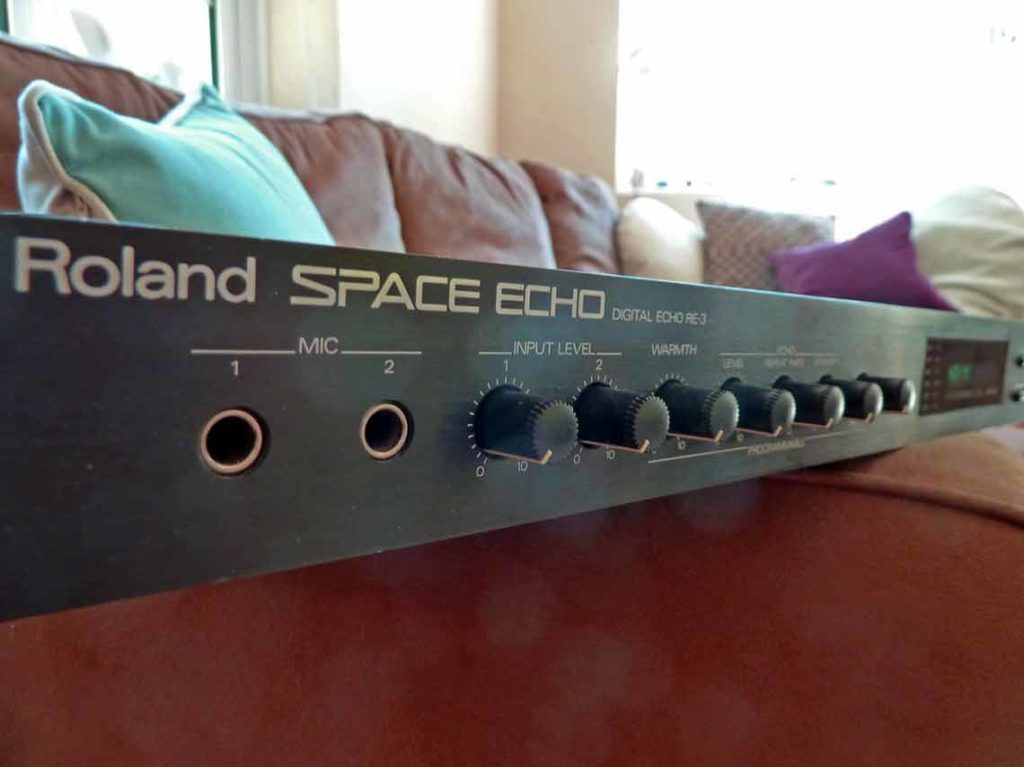