For many years now, I’ve been complementing my wealth of outboard hardware with a small arsenal of software synthesizers. It’s taken me some considerable time to distill a reasonably large collection down to around 6 or 7 softsynths that I’ve found myself returning to time and time again. For me, the interface has to look attractive and obviously the emulation has to sound authentic – as close as possible to the original.

Patrick Kunz with his TAL Audio Line series of softsynths are firm favourites and I’m a big fan of his Roland Juno 60 emulator. My main problem was tweaking the knobs and sliders onscreen with a mouse, which is the method that I’ve been using [relatively successfully] for many years now.

So after quite a lot of research, I decided to tentatively enter into the murky world of hardware controllers, which would ultimately mean that the days of controlling softsynths via a computer mouse would become a thing of the past…

My friend Andy Dobson, sometimes known as Digitonal and also the man who adds real depth with his sublime clarinet playing on the new Marconi Union release, ‘Ghost Stations‘ had mentioned to me that he had a Novation SL Zero MKII gathering dust which I was more than welcome to purchase, so last Tuesday, I paid him a quick visit and picked up the controller.

Since then, it’s been a baptism of fire. About eight years ago, I bought another hardware controller with the intention of dragging my studio into the 21st century, but, due to my seeming inability to apply myself to doggedly learning how to map software to hardware using CC commands, I gave up and sold it on. 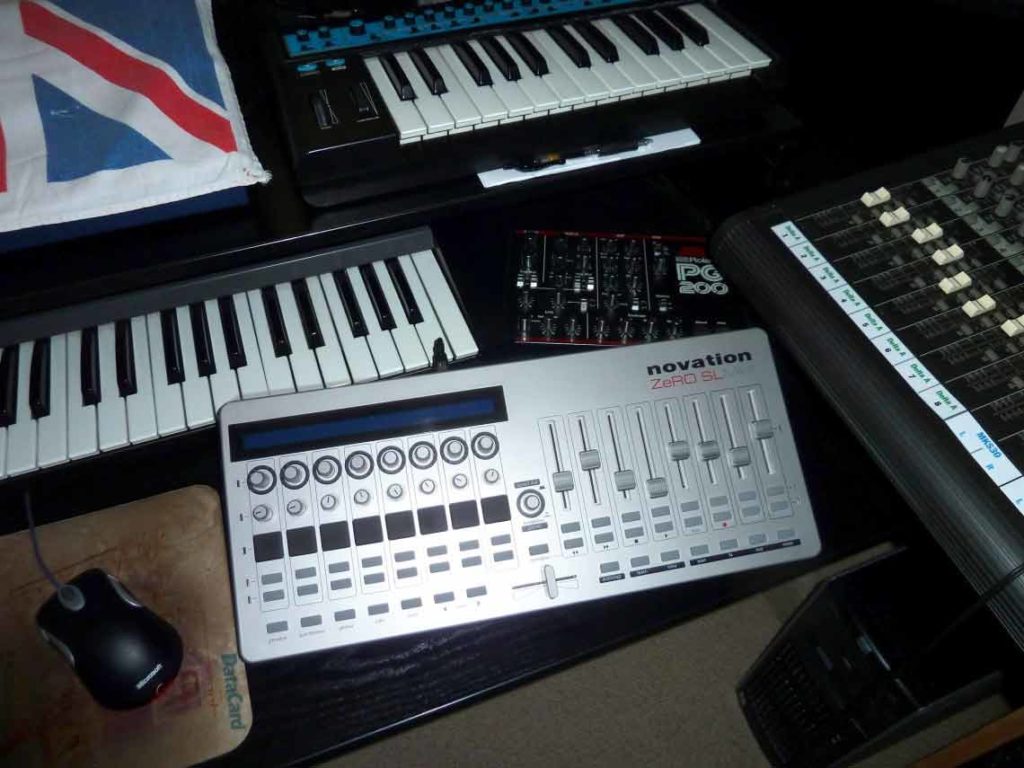 This time, however, I’ve persevered. I’d read lots of good things about Novation’s AutoMap software, which I’d somewhat naively assumed would enable me to use to map every piece of my software with little effort. This unfortunately, was not the case. In fact, the only pieces of existing software that seemed to map effortlessly was a rather antiquated copy of Reason 3 and the Novation V-Station.

So, I’ve spent the last two or three nights manually mapping all my softsynths to the SL. I was chatting to an old friend of mine on the phone yesterday, and he accused me of being ‘a nightmare’ when it came to learning new things, and whilst he’s right to a certain extent, his comments gave me a bloody-minded determination to educate myself and get it all working correctly.

The world of CC MIDI addressing and suchlike is fucking nerdy and pretty soul-destroying, especially when you’ve finally saved a template for a specific softsynth, but then the next time you come to access it, the CC addressing has moved, or changed… please – if anyone ‘in the know’ is still reading this rather tawdry bullshit, then maybe you could enlighten me..?! 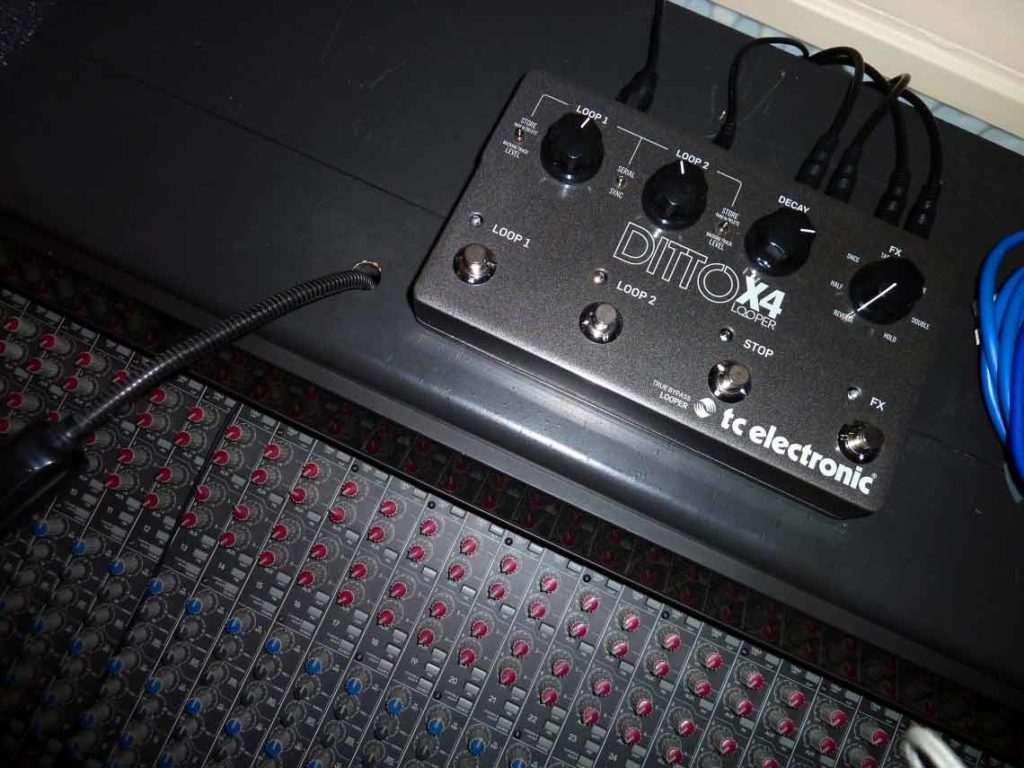 nyway, I’m getting bogged down here. What started out with the intention of being a breezy blog post about a studio upgrade has swiftly become rather monotonous..

To cut to the chase, I’ve also had to upgrade my DAW. Since 2004, I’ve been using Cubase SX2.2 for all my sequencing needs – for a piece of software that is getting on for 15 years old, it did the job quite nicely, thanks. But in order for my DAW to talk to my new Novation SL, it necessitated an upgrade. So I’m now running Cubase 5, which was released in 2009. And so far, touch wood, it seems to be talking to the Novation OK…

To the uninitiated, this is a pedal aimed at guitar players, primarily, but it can be used by anyone playing anything to build up a multitrack of loops very quickly to sketch out an idea. I’d seen Tom Green using one of these at the Latitude Festival that I programmed earlier this year and was impressed with what he was doing with it. I bought this primarily because of its MIDI integration, but having unboxed it and bunged it into my chain, it doesn’t appear to see MIDI at all, regardless of where it was placed.

So, typically, rather than persevering, I fiddled with it for about an hour and then gave up. But I’m keen to use this more, so I will be spending some quality time with it soon to see if it will add anything of value to my setup.

And if it doesn’t, then I’ll sell it on. That’s the beauty of eBay!