I’ve never really understood the rationale of some artists who rework a particular classic almost note for note. I mean, what’s the point in replicating something that’s been done perfectly well already? This was the feeling I had when I listened to Todd Rundgren’s version of ‘Good Vibrations’. Todd’s an amazing artist with a fantastic canon of original work, but his version was almost a carbon copy of Brian Wilson’s seminal classic.

Whenever I attempt a cover, I’ll try and add [or subtract] something to make it markedly different to the original. For whatever reason, possibly that I seem to like to make life as difficult for myself as possible, I’ll set the bar pretty high and attempt to cover tracks that are verging on sacrilege to undertake. I’ve done it with a few now, with varying degrees of success; 10cc’s ‘I’m Not In Love’, The Korgis’ ‘Everybody’s Gotta Learn Sometime’, George Benson’s ‘Never Give Up on a Good Thing’ etc. etc.

I can’t quite recall my reasoning behind having a crack at ‘Good Vibrations’, as I actually commenced work on it way back in 2004. I have some vague recollection of having finished my 10CC cover, it being critically and commercially well-received, and that I should set the bar a little higher, possibly..? Also, old friend and all-round muso Paul Noble, who was a big fan of my 10CC cover, mentioned that he’d be keen to work on a version of the whole of the ‘Pet Sounds’ album, which resulted in him coming over to my studio at the time to work on ‘Wouldn’t it be Nice’. This didn’t amount to much, in the end and was shelved.

So, casting my mind back to 2004… I was running a rather antiquated DAW, using a genuine copy of Cubase VST 3.7 with very limited processing power at my disposal. It was an interesting process going back through my audio scrapbooks on MiniDisc and transcribing the original mixes of the works in progress on this track. The lead guide vocal sounds almost as if I’m in pain, such is the register of my voice. There’s a very definite dub styling to the mix; a complicated bass part is quite prominent and the whole thing’s underpinned with a marimba melody hook; it’s quite unusual.

Back then, Cubase used to save any arrangement files as .ALL files, and the more up to date versions of Cubase don’t deal with this antiquated file format particularly well. When I decided that I was going to revisit this re-work, I tried all manner of ways to import what were essentially MIDI files into my more recent version of Cubase [I’m presently running Cubase 5, which is still ten years old!] to absolutely no avail. So, it was back to the drawing board.

I loaded my original transcribed stereo mix into Cubase and worked out the chord structures methodically, which are, as you’d expect, quite complicated. Once I’d done that, it was a case of starting work on the most enjoyable part, the vocals. 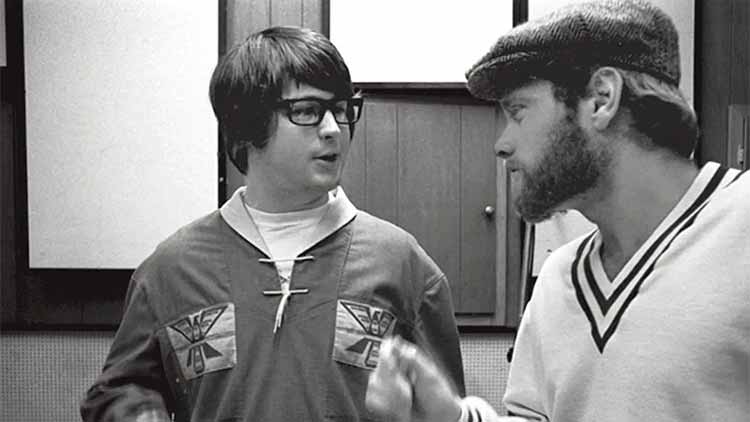 I decided to double track the lead vocal, pan them hard left and right, then group them onto one channel and compress the fuck out of them. Then it was a case of adding eight part harmonies… not throughout the whole track, but at what I considered to be the key strategic points. But as is usually the case, once I’d started, I couldn’t help myself and ended up adding complex harmonies to the whole thing, at some points even adding a further two vocal tracks – ending up with a ten part harmonies.

For me, it’s probably one of the most enjoyable parts of being in the studio – layering up and multitracking your own voice. As long as I can recall, I’ve always loved singing along to other people’s music and harmonising live with it, and usually getting it to sound pretty good, although I say so myself.

Once I’d got the BVs [backing vocals] sounding alright, it was a case of grouping [or bouncing down] the harmonies and compressing those too. Everything was sounding really tight! I added in some stacatto cello parts, ventured into the house to record a piano part for the main melody hooks and chucked in a viola for good measure. Then it was time to think about the rhythm section.

This proved harder to get my head around. Firstly, I played in some rather sedentary kick, snare and hat parts, but it wasn’t really adding anything to the sound picture. In fact, it was boring the hell out of me. I decided to play in an improvised bass line using my Fender Jazz, which ended up taking the best part of an afternoon – whislt I’m not the most proficient of bass players, I’m enthusiastic, which I feel is the most important thing. The bassline ended up sounding great and I’m really happy with the way it beds down in the final mix; I recorded it using a DI, rather than mic’ing up a cab. 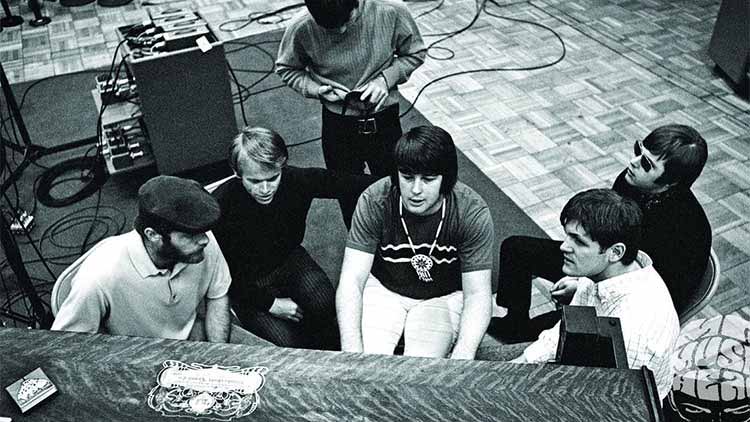 I can’t remember the specifics, but I think I’d probably exhausted my ears at this juncture. The track had been on my board for at least three weeks and now I could only deal with it in short spurts. The best thing to do would be to leave it alone for a week and then come back to it, record a live two track mix – after which I’d level the desk and call it a day.

The day came when I decided enough was enough. I decided to ditch the drum tracks I’d recorded, preferring instead to nip over to Chris Pettit’s place and borrow his shaker, so I’d be able to record some simple percussion that would underpin the bassline. I got home, recorded the percussion part in one straight take, warts n’all, then, after some tweaks to various EQs, effects and general fine-tuning, undertook the stereo mix live, whilst manipulating the FX on the fly; man – that’s the way I roll.

I recorded two or three live passes, and the day after, decided on one of them, which I then sent over to Chris Bagust, who’s now mastered it. His initial comments were that it was a bit soupy in the mids, so the mastered version sounds much brighter and breathes a lot of life into the top end.

Whether or not I’ll do anything with this track is anyone’s guess, but I enjoyed the process of re-writing and recording what is acknowledged to be one of pop music’s classics – just putting my own spin on it.