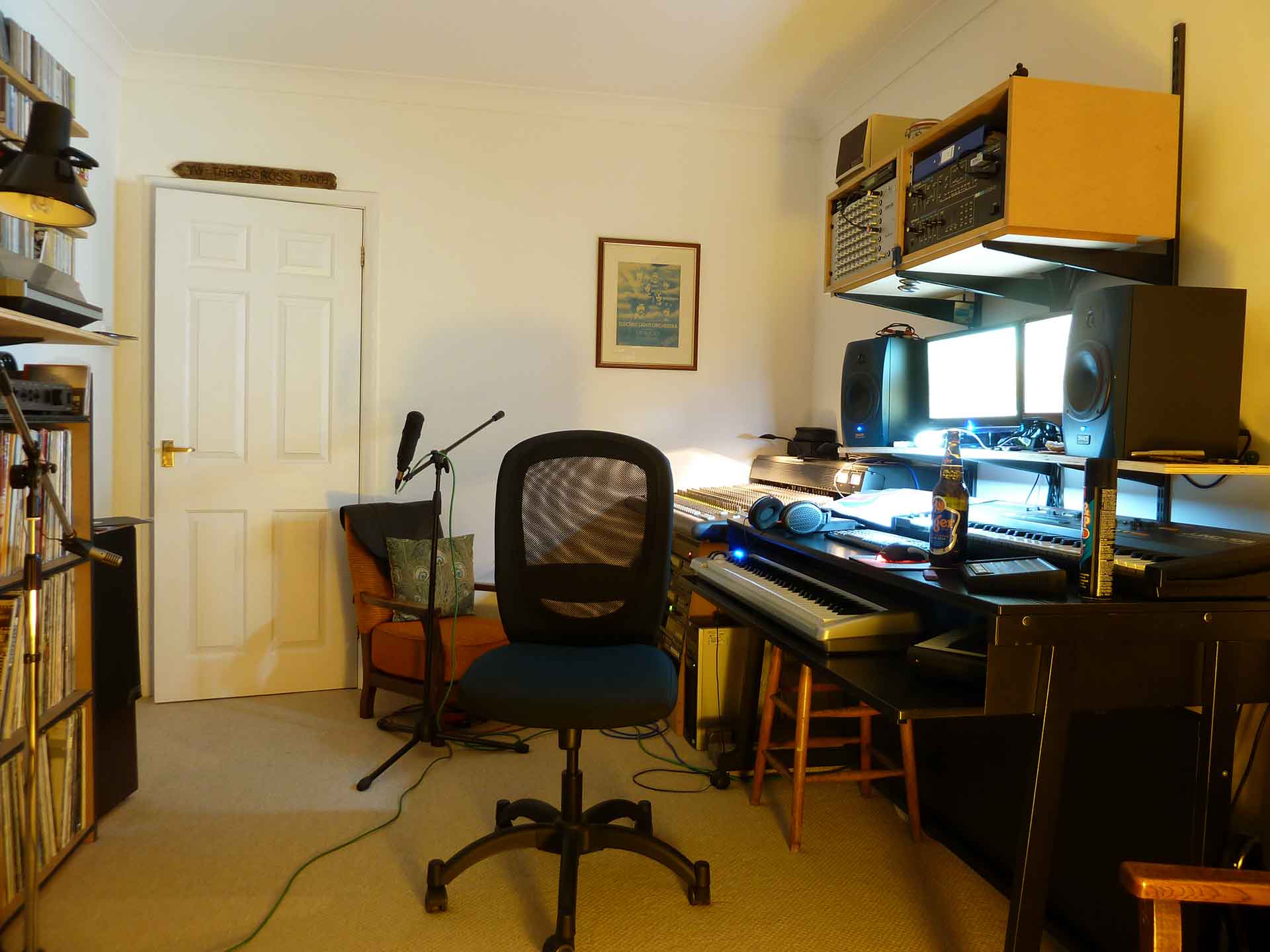 Moving to the Bungalow

I had a vague idea that I would take the opportunity to upgrade the operation – for instance, I didn’t have the means to record stems from a live recording, and everything was just going straight out the the 32 track onto a high end Sony MD deck.

It was whilst chatting to my old friend Chris Bagust that he strongly suggested I move away from the MiniDisc as a means of capturing my live work. I’ve been aware of the fact that the compression system that the MD format uses, which is called ATRAC, is prone to losing approximately 50% of the audio information – basically frequencies that a person with good hearing won’t hear. To be honest, I’ve been using MiniDisc since I stopped using DAT, which was around the 1999 mark and never had any complaints about my production. But I was open to suggestions as to how I could bring my rather ancient working methodology a little more up to speed.

For a start, my DAW was pretty antiquated. Even my version of Cubase had stalled at SX2.2; I’ve been running it quite happily for the past 12 years or so, slaving it to an old copy of Reason 3. I’m still using Windows XP.. the list goes on. So I bit the bullet, and bought a new SSD hard drive with the intention of sticking Win7 OS on there and upgrading my core software. 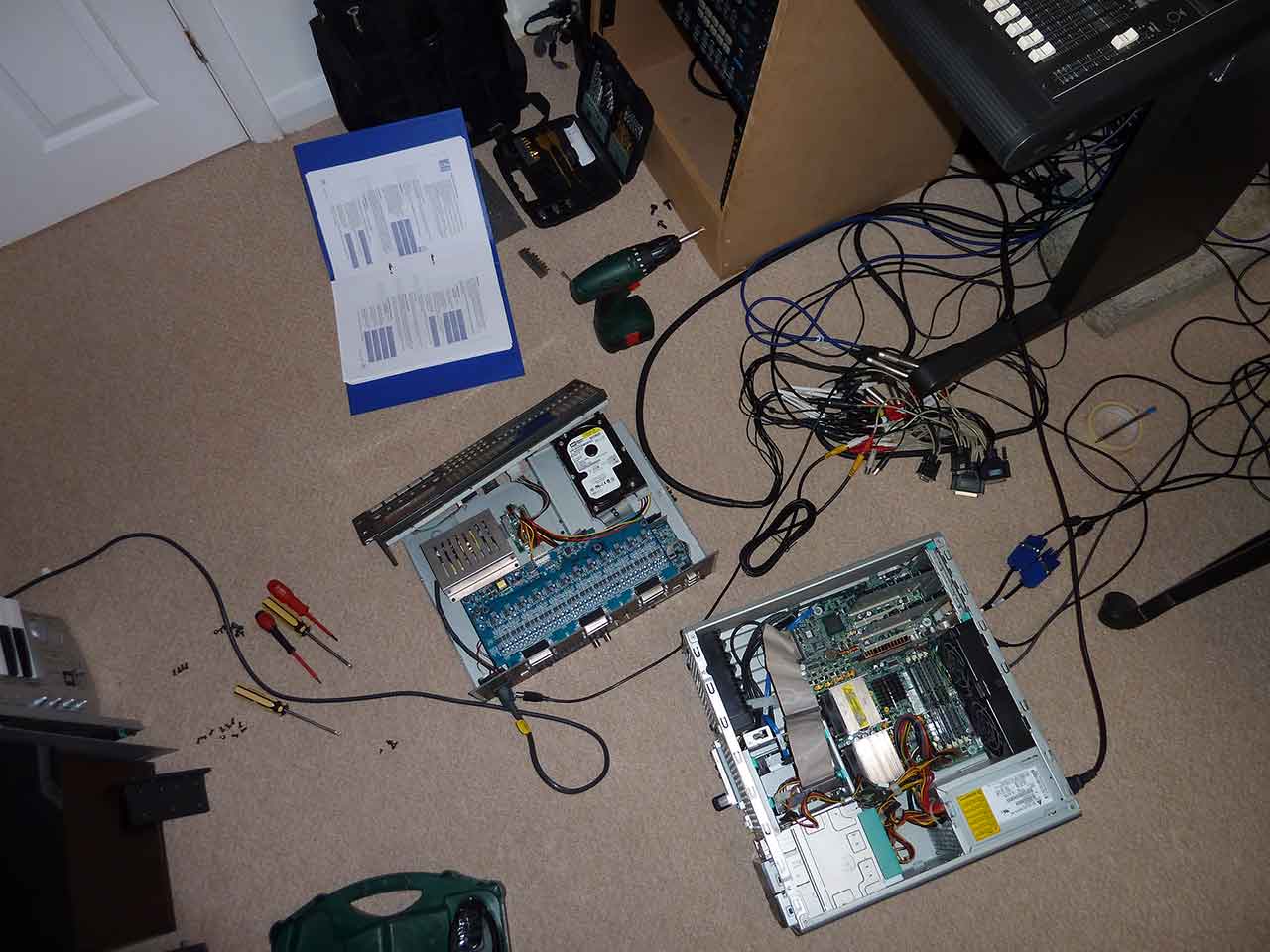 o combat the MiniDisc travesty I invested in a multitrack recorder – not the tape version, but a Mackie SDR24/96 digital multitrack. However, my problems were only just beginning. Not only did I need to completely rewire the desk to accommodate this new gizmo, the SDR I bought off eBay from a seller in Leeds turned out to be faulty. After taking it apart to check that everything was as it should be, I finally managed to get it working successfully. I’ll be honest – I was pretty chuffed with myself!

I was having less success with the new software on the DAW. Cubase wasn’t talking to Reason via rewire and it got to the point where I just wanted to record some ideas I was having, rather than getting bogged down in the tech, which, whilst I enjoy getting my hands dirty, somewhat detracts from the pleasure of actually playing and composing material.

So I’m back [almost] to square one. I’m using my old OS with my old versions of Cubase and Reason. The old saying “if it ain’t broke, don’t fix it” is certainly true in this case. 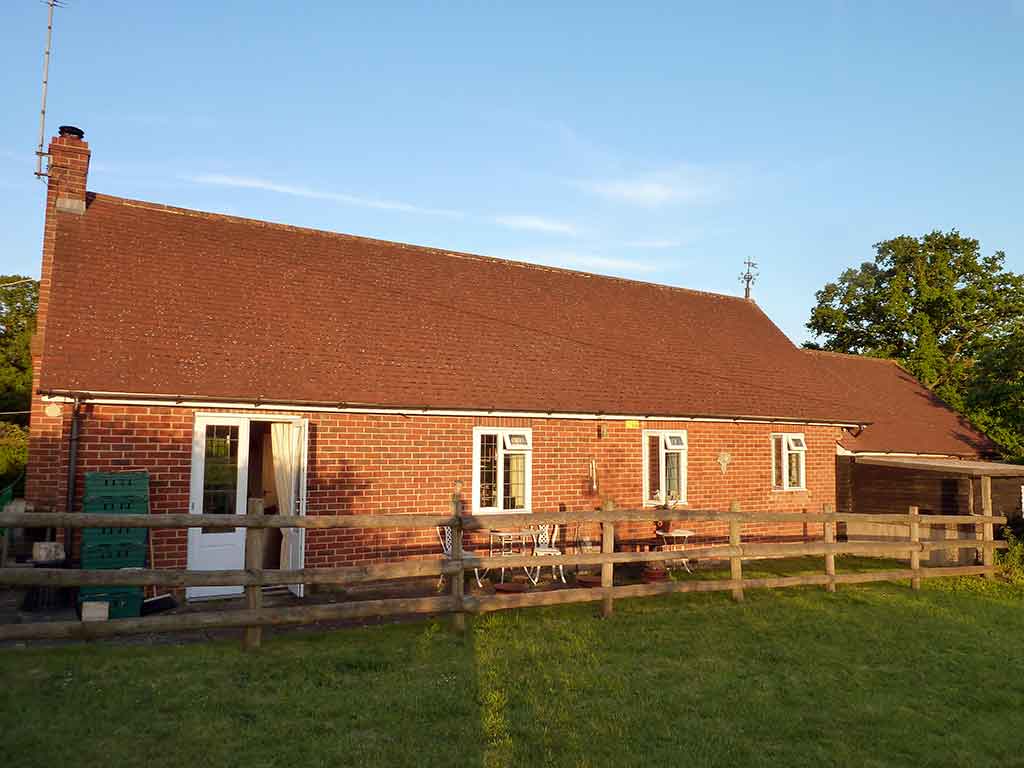 But I digress. The new space is a treat to work in. OK, I did love my shed, but there were limitations – there wasn’t quite enough room, there was no air circulation, unless you opened the door – working in the summer months was pretty much a no go as the heat that the equipment generated meant that temperatures in there became almost unbearable.

This new room is west facing – some of the sunsets I’ve seen from the window with the lengthening days have already been stunning to witness – and is light and airy. Now all the wiring is sorted and in place, I’m looking forward to putting together some new work which will hopefully see the light of day in the not-too-distant.