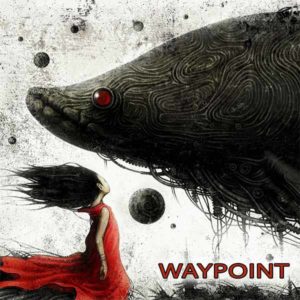 Released earlier this week, it’s an overview of material that the label artists have either remixed, released recently, or teasers for up and coming releases. The track I’ve featured above is a new piece by Tom Green, a.k.a. Another Fine Day, who released his first album under this moniker for many years on Interchill during 2015.

It’s a great compilation, crafted lovingly by Andrew Ross Collins, the label director. It’s already received some great reviews, such as this one from the Psyamb blog, this one from OEM Radio and this one from SunisShining.

This compilation follows in the footsteps of the Earth Octave Lounge series, mirroring a similar downtempo and ambient sensibility.

It’s the third time that an alucidnation track has been featured on an Interchill compilation.

This time around, a piece that I penned with my brother in law, Chris Pettit provides the closer. ‘Prefer to Stay in’ is a short but sweet jam that came about when Chris brought over a work in progress to my studio and we layered it up with piano, drums and bass, plus the obligatory dense reverbs that my stuff is synonymous with.