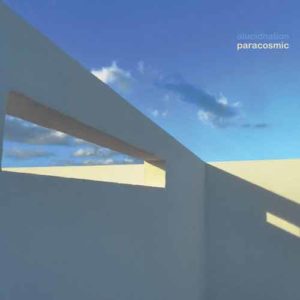 So here we are; as I write this, it’s the 27th September, two days before the digital release of the new album. I’m out on Paros for our annual break, and it’s just as well that I didn’t stick to my original plan, which was not to bring any tech out with me at all.

Fortunately I brought my 10 year old, trusty laptop with me, and it’s proved invaluable… without it, I couldn’t have assembled and sorted the digital release out so that it was ready on time. In my defence, when we booked this holiday, I hadn’t even thought about launching the kickstarter, and as I seem to have a propensity to do, I didn’t really study my calendar prior to setting release dates and suchlike.

But hey; it’s all worked out fine in the end. As it happens, my worries about having the campaign fund so quickly and then having literally months elapse where, to the casual observer, it probably seems as though I’m just sitting on my arse doing nowt, were ill founded.

The process to design the sleeves, master the audio, press the vinyls and CDs, get the T-shirts organised has taken months of work, on and off. As you’re aware, vinyl has had a massive resurgence in popularity and I’ve had to join an orderly queue to get this one pressed and finished.

But man, it’s been worth the wait. It’s been an ambition of mine since I was knee-high to a grasshopper to release some of my music on a double gatefold vinyl, and I’m more than chuffed to say that “I’ve gone and achieved that!”

I’m so happy with the finish, the way it looks, the design, the photography, the whole caboodle. And let’s not forget about the CD – that looks and sounds bloody great as well. I’m a proud guy.

I have to make a special mention to Chris Bagust who’s gone above and beyond the call of duty when it’s come to the mastering of this record. The way I tend to work is rather, er, unconventional, and he’s managed to make the whole thing sound really great, bringing out subtle nuances in the music that I didn’t even know were there; thanks mate.

And lastly, but not leastly, this is one of my first ‘proper’ releases containing some superb collaborative efforts, so a huge thanks to Stuart Nisbet, Chris Pettit, Stuart Warren-Hill, Jens Hills & Simon Rogers, who’ve all had a hand in composing some of the tracks that appear on Paracosmic. 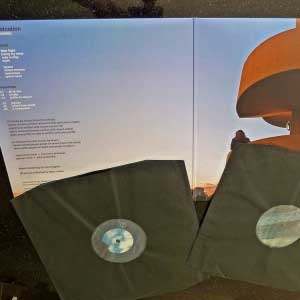 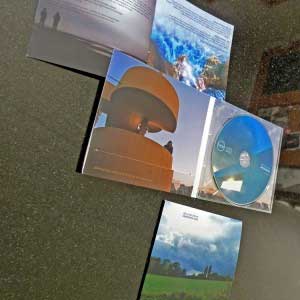 Back in the February of this year, I sat and reviewed some of my unreleased ‘finished’ tracks that were gathering dust on my hard drive, swiftly arriving at the conclusion that it was about time that I put some of them out into the public domain. After all, I had the luxury of picking and choosing from around 55 tracks – which, let’s face it, is a nice problem to have.

After devoting the best part of a enjoyable day to this process, I eventually decided on around 15 pieces, then set about the all important task of sequencing them. Sequencing is becoming a lost art, but what with the resurgence in popularity of the vinyl album, it fortunately appears to be alive and well. Either way, it’s something that I’ve always maintained is important – I’m one of these people who buys a record, gets it home, then listens to it in its entirety, just as the artist intended.

Anyway, I digress. Prior to all of this activity, I had sent out a ‘probe’ email to everyone who’d been involved with my last kickstarter, ‘Peace Odyssey’, simply to gauge interest for a second crack at the whip. Feedback was great, and also pretty unanimous – the overriding opinion was that I should a] go for it, and b] aim high!

So, with these words of encouragement ringing in my ears, I decided I would indeed ‘aim high’ and put together a limited edition double vinyl set. Dunno about you, but if I’m really into an artist, then the prospect of a double LP from them is always a tantalising prospect, both in terms of audio content and how the artwork is put together. As you’d imagine, I had some very definite ideas as to how I wanted to it to sound… and look.

Thing is, if I wanted to release a double vinyl, with a version also available on CD, then it would require a not insignificant hike in the target amount that I’d need to raise. To give you a ball-park idea, the amount would be more than double what I raised for Peace Odyssey, and that campaign required in excess of £1500 just to break even. So, it was with a certain amount of trepidation that I launched the new campaign on PledgeMusic.

I needn’t have worried – my campaign flew out of the chocks; so fast that, along with the likes of Jethro Tull, it was up on the site’s front page as being one of their top 5 ‘hot’ kickstarters… OK, only for about 4 or 5 days, but hey – needless to say, I was pretty bloody chuffed! Amazingly, with everyone’s support, we’d hit about 80% of target within just 50 hours of launch. 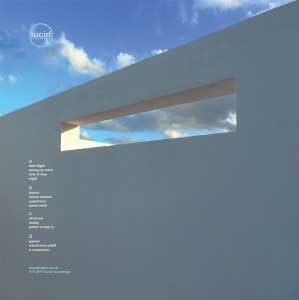 At this point self doubt was a contributor. I was prematurely concerned that achieving the final 20 or so percent would be a very slow process, but with a couple of gentle nudges, 100% target was reached in just 23 days. Since then, the campaign has continued to sell through, although we’ve stalled at around the 120% mark as I write this.

Since all this activity, I’ve decided on the all-important title of the record. ‘Paracosmic’ isn’t really a ‘proper’ word as such, but it’s wordplay on paracosm, which means “a term used to describe the phenomenon of an imaginary friend; a detailed imaginary world involving humans and/or animals, or perhaps even fantasy or alien creations”. I kinda like that.

I’ve obviously finished working on the track listing, it’s been shuffled around, then segued and mixed in such a way that’s almost akin to a ‘concept album’. Mastering is being undertaken by Chris Bagust, who worked on the last one. It’s always good to work with Chris; not only does he provide a good sounding block as to the content, he’s a massive audio geek and seems to enjoy spending his time attempting to squeeze what goodness he can from my somewhat ‘unconventional’ recording techniques.

One of the comments that came out of the flurry of email responses was that it was important to maintain some kind of ‘exclusivity’ for those people who are kind enough to support each of my campaigns. With this in mind, I’ve hit upon the idea of collating a ‘pledger-only’ compilation, that will be issued to every pledger, and no-one else.

That way, any stock left over can be eventually marketed, sans pledger-only CD.

So, if you’ve come on board and ordered either CD, vinyl, T-shirt, back catalogue… whatever, you’ll receive a copy of ‘Sketches I’ on CD. Believe me, it’s a great listen – in some respects, sounding as good, if not better, than the actual LP!

Release date for the new album is slated for September 29th, depending on pressing plant waiting times. It seems that every man and his dog are wanting to press up their music on vinyl at the moment, so lead times are longer than they were two or three years ago.

Either way, rest assured that this record will sound great. In some respects, I think it’s one of my strongest albums to date.