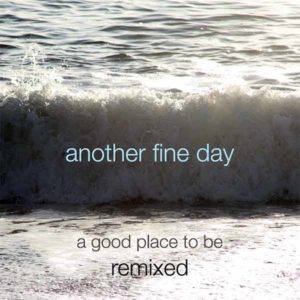 Since being introduced to Tom Green, aka Another Fine Day’s music in 1990, I’ve been a keen follower and advocate of his work.

My first introduction was by way of The Orb’s seminal debut album, ‘Adventures Beyond the Ultraworld‘ – Tom was a floating member of the band and contributed the sublime ‘Star 6, 7, 8, 9′ to the closing stages of the work – it was probably my favourite track.

When he released his debut LP ‘Life Before Land‘ as Another Fine Day back in 1994, I was hooked. There are very few LPs that I can safely say would be one of my ten desert island discs, but this would definitely be one of them.

So to be asked to remix a track by Tom for his new album on Interchill was a genuine honour. The EP, which is released on May 10th 2015, features remixes by another ex-Orb member Greg Hunter, who did a cracking job on a remix for me on my third EP, plus remixes by Hibernation and Ishq.

I chose to remix ‘And Dream of Seals’, submerging the listener in an underwater world of bubbles and ocean noise.

The album is out now and is available here