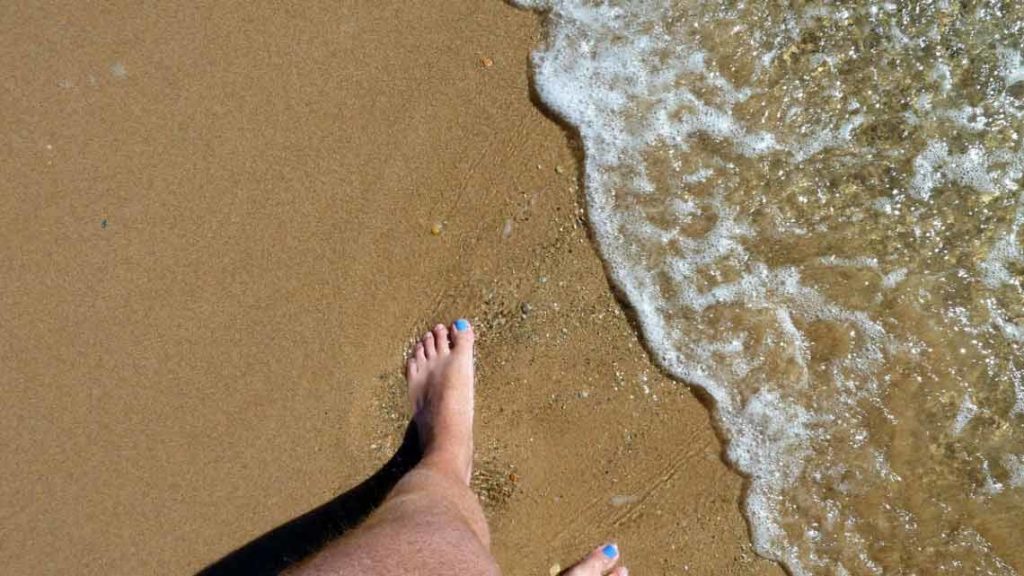 As I write this, I’m extremely fortunate to be enjoying a month-long sabbatical away from my part time job, soaking up island life on one of the larger Cycladean islands, right in the heart of the Aegean sea.

Paros island has long been a favourite destination for Nina and I, which we’ve tried to visit every year for the past ten years or so. We first made its acquaintance back in 2002, when we were island-hopping in our old campervan after the third Naxos Big Chill party. Whilst searching for a quiet destination after 10 days of crazed hedonism, we found absolute solace at an almost deserted campsite at the north end of Paros called Santa Maria. I can picture the scene as if it were yesterday… the campervan, reversed right to the edge of the clean, white beach, the crystal clear turqouise of the Parian shoreline, the refreshing breeze. It was obvious that we would be returning.

Pete Lawrence, Big Chill founder and FireStarter at Campfire also held Paros dear to his heart, having visited many years before Nina and I discovered it. In around 2007, Pete was fortunate enough to be able to purchase a house, perched high in the hills on the South West of the island. We were one of the first to visit it, and it was, and still is, a completely magical spot. With unbridled views to the West, the sunsets are a complete joy to behold and over subsequent years, we’ve stood on the terrace of Milos House in wonderment at the beauty of the world we’re fortunate enough to be living in.. 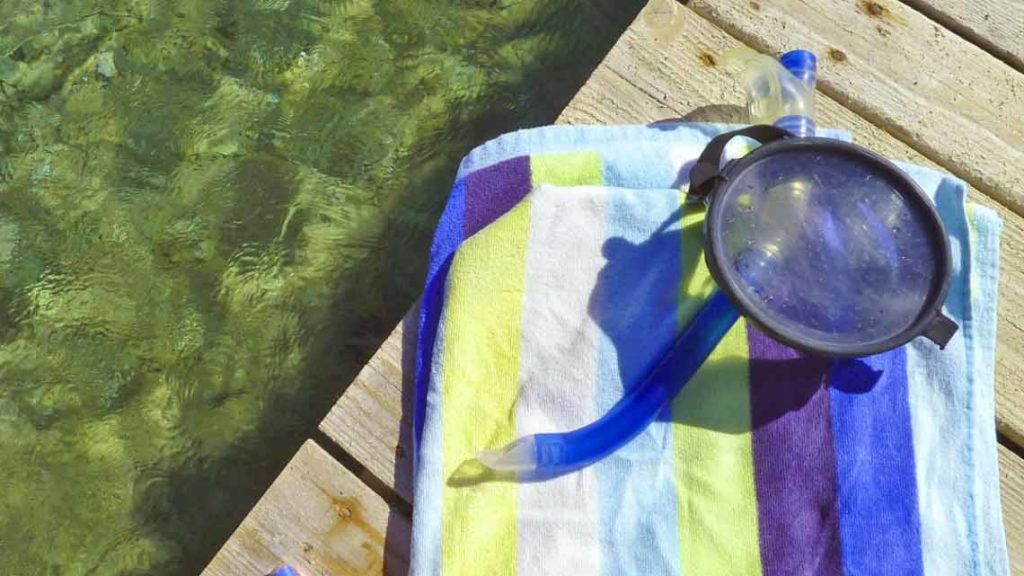 One of our favourite destinations on the island has always been a little village called Alyki, and as time’s worn on, we’ve gravitated towards this sleepy fishing village, spending most nights there in seach of fresh fish and local wine. It made sense that we should start to rent a place nearby, which didn’t necessitate the use of a hire car to visit it. And that’s where we are now, enjoying 4 weeks of gloriously lazy daze, doing very little apart from eating, drinking and swimming, which is the supposed subject matter of this rambling monologue.

Ahh, swimming. Another of those things that my Mum insisted I get into as a kid. Back when I was in my early teens, although I say so myself, I was a bloody good swimmer; strong and fast. At least twice a week, I was up at Handy Cross Sports Centre, a member of the Bucks reserve team, swimming 25 lengths plus of the Olympic sized pool. But, like most things that involve regularity and physicality, swimming fell by the wayside as I discovered girls, alcohol and pot; not necessarily in that order.

Reading that, you could be forgiven thinking that I’ve not gone near a public baths since 1982, and in all honesty, I do tend to find public swimming pools slightly repulsive. There’s something wrong about sharing what is essentially a warm, chlorinated bath with literally thousands of other people, some of whom probably need to brush up on their own personal hygiene. Come on, you know what I mean…

So yeah, I let the swimming thing slide. But every year, when I visit the crystal clear waters that border Paros Island, I make a point of swimming on a regular basis, at least once a day. There’s something life-affirming about slipping into the sea here, braving that initial bracing chill, feeling the body adjust quickly to the temperature, then the sheer unbridled joy of powering through the water, marvelling at a whole new world unfolding beneath you.

Over the past three or so weeks, though, swimming has taken on an even greater relevance. Those of you who either know me personally, or read this shite on a regular basis will know that I had a hip operation back in March ’16, and, whilst I adhered rigorously to the physiotherapy regimes that were given to me for the eight weeks after the procedure, I have to be honest and admit to neglecting my daily exercises of late. When you’re employed to do a job that involves a lot of sedentary computer based work, it’s sometimes hard to remember to keep as mobile as you can, especially when you’re in the middle of something that requires a lot of concentration.

So, with the physiotherapy dwindling, my new hip was starting to complain, to the point of being almost uncomfortable. I guess it’s human nature to look to aportion blame at someone else’s door, and in my case I was ready to have words with my surgeon, but the pain that I was feeling was purely down to me and my inactions. 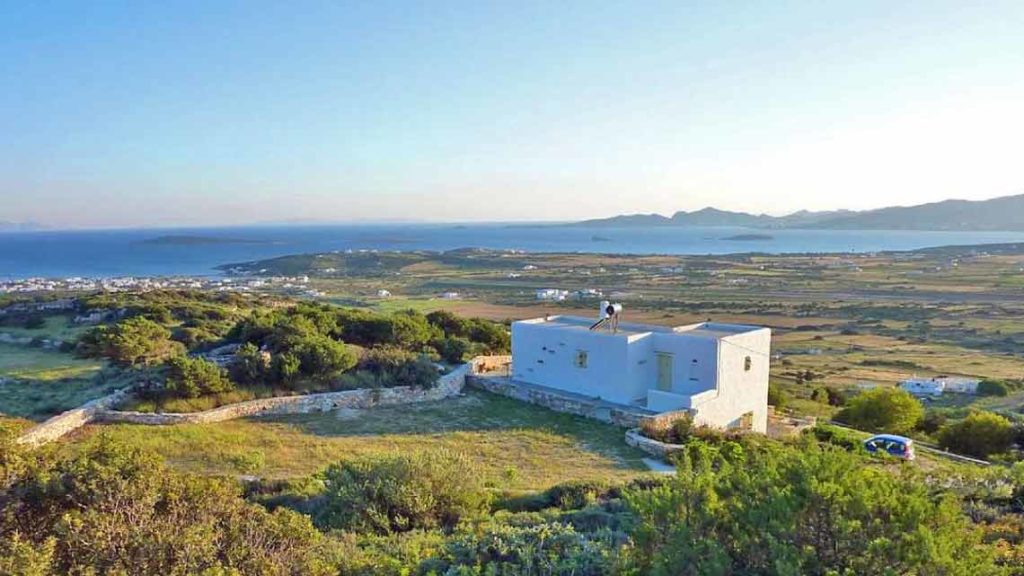 But after over three weeks of regular swimming, my body is telling me that I’m redressing this. I borrowed a snorkel and mask from Peter, as swimming without one tends to put the body out of alignment. My favourite strokes are the front crawl and the classic breast stroke, a style that I simply wasn’t able to perform prior to the operation, as kicking out sharply put the old hip at risk of disoclation. Both of these strokes are improved tenfold with the use of a mask and a snorkel. For one, when doing the front crawl, you can power on without raising your head above the water, breathing steadily and enjoying the view as you glide on the surface of the water.

And the whole experience is massively aided and abetted by doing this without the hindrance of any dress. Yes, some of you may be reading this and be alarmed by naturism, but let me tell you that very little surpasses the feeling of slipping through the water as naked as the day you were born, feeling the sun on your back and your buttocks. Try it… you won’t regret it.

Swimming is also an extremely rhythmic thing to behold. The bubbling of the water in your ears, the thump of your heart as you exert yourself, the splash of your arms hitting the water to drive yourself forward and the whoosh of air as you inhale and exhale. As I swim the 2 or 3 kilometres across Voutakos Bay and back, I conjure up imaginary rhythms in my head, most of which I’m ashamed to say I’ve forgotten as I climb up the shingle bank out of the water, exhausted yet exhilarated.

I’ll admit that it took me about 12 days to find an equilibrium out here. The art of relaxing and holidaying is actually quite an artform, especially if you’re someone like me, who appears to be hardwired to keep busy with various projects, pretty much all of the time.

But now that I’ve found that equilibrium, I know that I’m going to miss my daily swim and all it entails. When I arrived on Paros, my body felt saggy and flabby. OK, my own perception of myself was probably a little wide of the mark, but for the first time, I had reservations about stripping off in front of others. I’ve never had that kind of inhibition before, and I didn’t like it.

Now, however, I can feel everything toning up again… my arms feel firmer, the chest muscles and torso are slighly leaner and I just feel buoyed by the whole process of swimming. I’m ‘working out’, but it doesn’t feel like a chore.

When I get home, I’m going to put aside my reservations about public swimming baths and join my local pool and carry on the good work. I suggest you do the same, you won’t regret it.