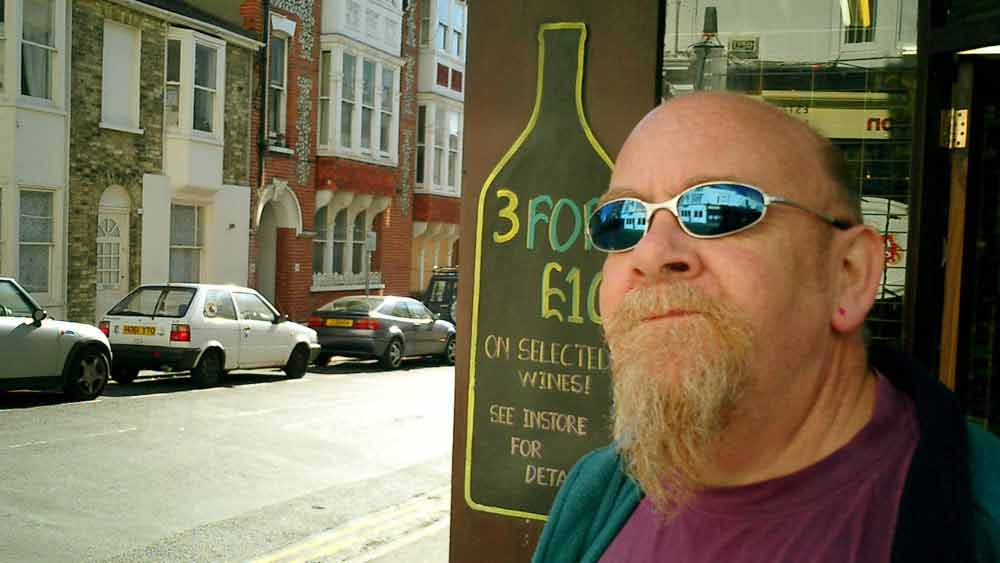 If there’s one thing in this funny old game that we call ‘life’ that we can all be assured of, it’s that at some point we’re going to snuff it… kick the bucket, expire… die.

Unless you’re really unfortunate and unlucky enough to lose someone who’s close to you before you hit ‘middle age’, the grim reaper doesn’t tend to feature much in your day to day thoughts. I suppose it’s only natural to start thinking about your own mortality when your nearest and dearest or your immediate peer group start to shuffle off this mortal coil.

Let’s face it, life’s a blip. It’s a big yawn; a long single breath. And time has a peculiar way of dealing the cards. Your childhood seems to last a lifetime, but then suddenly you’re an adult with vague responsibilities. You flap around, either falling into some kind of job or, if you’re interested in what pays the bills, a career of sorts. Before you can come up for air, you’re in your thirties and undertaking all manner of serious shit – buying a house, getting hitched and the ultimate life-changer – bringing other life into this world. Or perhaps you’ll bypass all of that, sinking slowly into alcohol-soft middle age, happily propping up the bar at your local. Or you continue to blot out what’s really happening with help from a little drug habit you’ve been unable to shake off since your early twenties.

The above rather sobering paragraphs are by no means a reflection of my own personal experiences, but all I’ll say is that yesterday, I was in my early thirties, and today I’m in my early fifties. I don’t necessarily feel much different to the Bruce of 20 years ago – in fact I feel exactly the fucking same.

What’s changed is that some of the people who I hold near and dear to me have already started to leave the building. 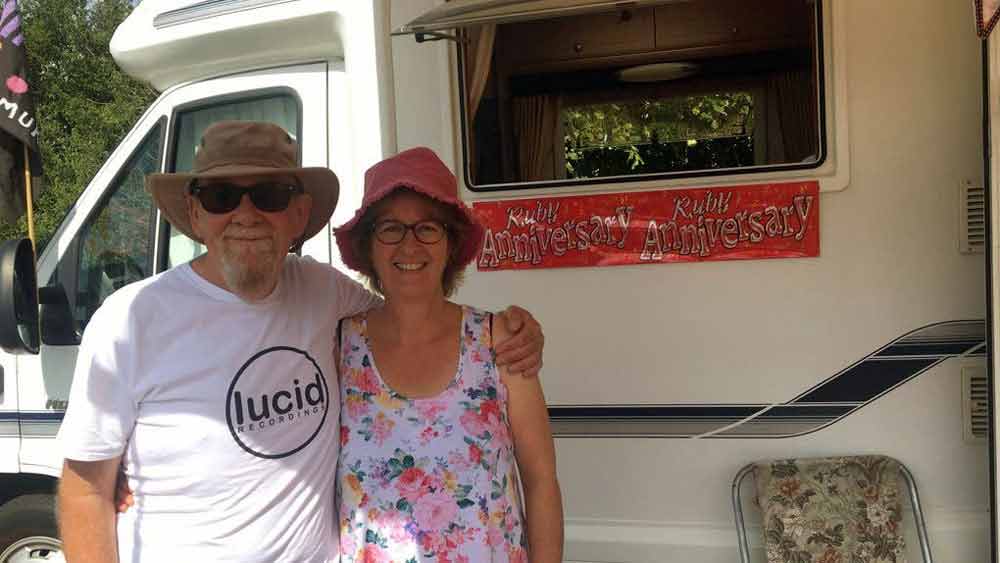 I first met Rixon at the Dogstar in Brixton in 2002. We [The Big Chill] used to run a party there called Chilli Dog; Lol Hammond was one of the resident DJs; Lol made a couple of records with Roger Eno; John was a good mate of Roger’s – it’s your classic six degrees of separation stuff.

But anyway; you know immediately when you meet a kindred spirit. Rixon was one of those – we got on like the proverbial house on fire straight from the off.

I do tend to gravitate to people who are self effacing and don’t take themselves too seriously, and John possessed these qualities, and then some. He was your classic quiet achiever, and a prolific artist and mentor.

People like John don’t have to shout about what they do, and so it was no surprise to me that he was asked by Pete and Katrina to curate all of the visual artistry for the Big Chill festival and its arterial events.

He took this role seriously, I know that he treasured and relished the position and took great pride in whatever he did. I loved working with Rixon, we always had a right fucking scream. Some of my fondest memories of my time at the Big Chill were hanging with him, especially on the fabled iChill tour of late 2003.

We had a tour bus for fuck’s sake! Rock and fucking roll! OK, so it was only a week-long tour, but Adam, Rixon and I lived on the bus, alongside our tour manager Jon, although I use the word ‘manager’ in the loosest possible way. Copious amounts of pot and booze were consumed with gay abandon; we were living the dream, maaan.

He was one of the people I was really glad to have around at the Naxos Chill in 2002. I know he was really missing Sarah during this period, and spent some of the time feeling a bit lovesick, but it was a true testament to the enduring love that they both had for one another. Their relationship seemed to me to be truly a match made in heaven. 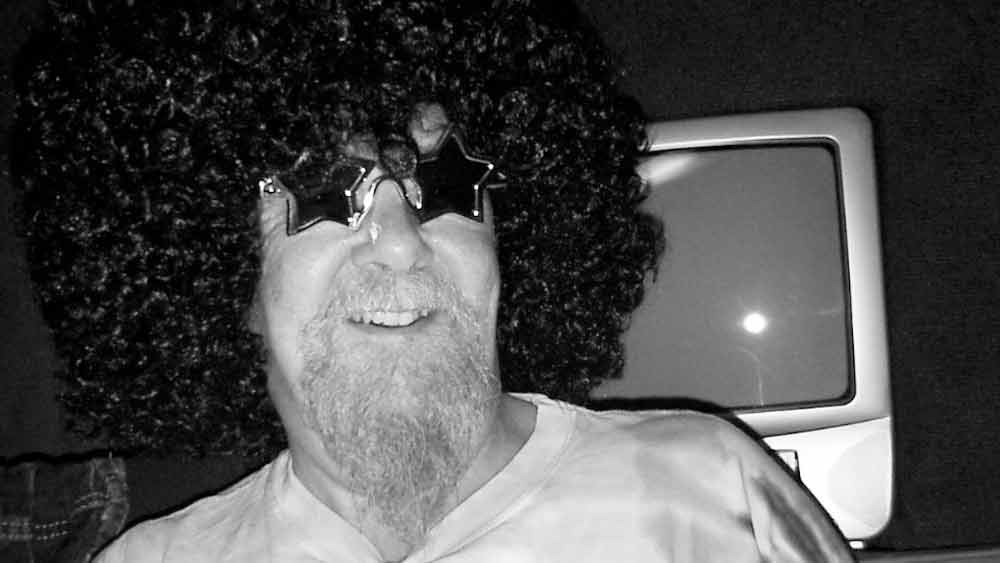 I could carry on waxing lyrical about the man, but to be honest it’s getting late and he wouldn’t want me to get all sentimental on him.

I find it hard to get too maudlin about John not being around, because for me, he’ll always be here. OK, we weren’t in massively regular contact; a couple of catch ups on the blower each year was all it took to pick up the thread from where we’d left off previously.

I always think that it’s a sign of a good friendship if you can shoot the breeze easily – regardless of whether you saw each other last week or two years previous.

I feel fortunate and blessed that I can count John as being one of my friends. A top bloke in every sense of the word, the time we shared together was top quality and I’ll treasure the memories.

The last time I saw him in the August of last year, he bequeathed us one of his works of art, which hangs on our lounge wall. I don’t tend to look at it much, but when I do, it’ll remind me of him.. his chuckle, daft sense of humour and his gentle demeanour.

Why do all the good ones leave the party early? 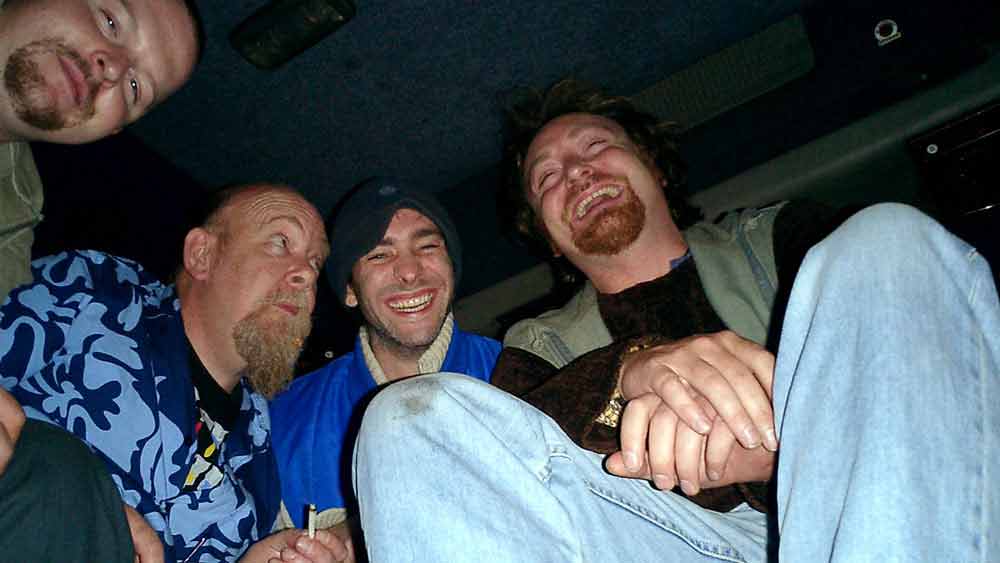