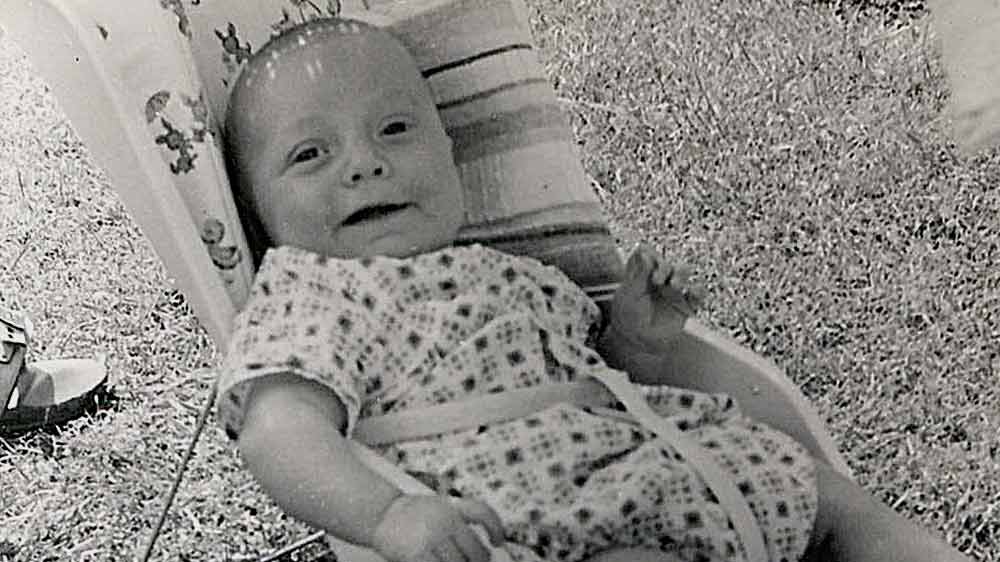 I suppose there are another 3646 days for it to go pear-shaped, but I’m obviously hoping it won’t.

Touch wood, the whole ageing process has been kind to me. My faculties and my health remain in good shape, apart from a few aches and pains here and there. The main bugbear is hair starting to grow in places that I thought hair couldn’t grow, and hair not growing in places where it used to sprout in abundance. Being typically honest, I’ll admit that I had a bit of a hangup when I noticed I was starting to lose it. Up until around 2006 I was able to grow a pretty mad head of hair; it never really behaved itself but it was cool to be able to have the option to grow my hair long, if I felt like it.

Now, fast forward 12 years, and, whilst I’m not completely devoid of a thatch, when I do decide to grow it longer, I start to resemble something not dissimilar to a startled owl if I don’t keep it in check. And let’s face it, that ain’t a cool look, is it? So, I tend to keep it short, which, ‘cos I’ve got a head that’s shaped like a football, looks OK.

The red hair that I used to sport has gradually given way to a gray, peppery shade of white, which I actually quite like. It’s crazy how quickly my beard has changed colour, going from a dark ginger to pretty much Father Christmas white in a very short space of time. Maybe it’s stress? Am I stressed? I certainly don’t think so; well, not on the whole, anyway. It’s been a very busy few years, I suppose, and my work is quite full-on sometimes. But I suppose everyone’s hair colour goes the same way; I often wonder why people attempt to disguise what’s completely natural with hair dyes and suchlike. Pointless!

Anyway, I digress. I certainly don’t want to give the impression that I’m a raving narcissist. Really, I’m not. But yes, I am fascinated with the ageing process, younger people’s perception of older people, ageism in the workplace, the list goes on. 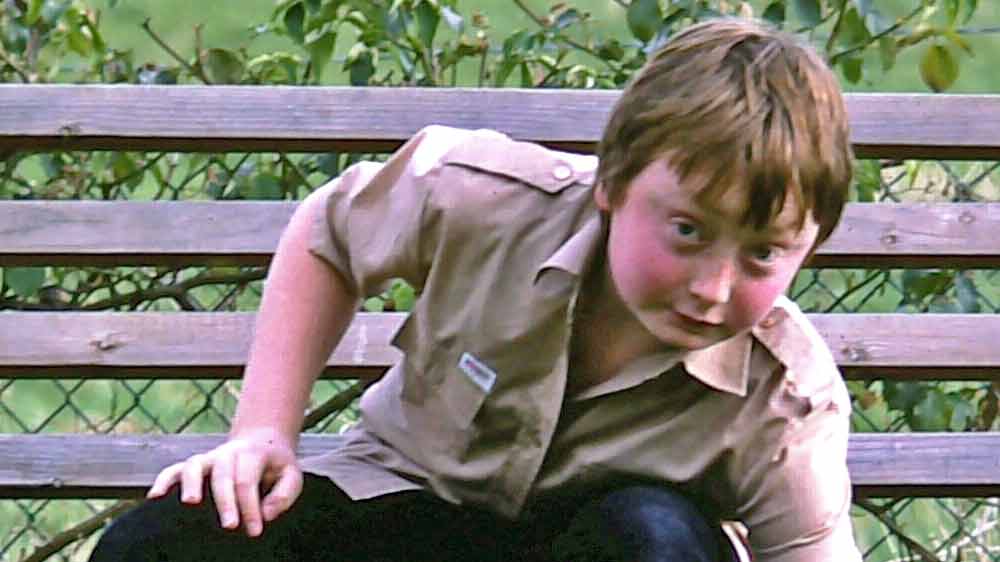 When I was a child growing up, I used to look around at my authority figures – parents, teachers, politicians, and assume that they had some amazing insight into what was going down – an insight that was exclusive to people over the age of 30, or thereabouts.

But as I’ve aged myself, I’ve realised that in actual fact, no-one’s got the remotest idea what’s happening. OK, so I’m not a parent myself – some might argue that this is a very good thing, and I’m inclined to agree with them – but since my own peer group started ‘breeding up’, it’s evident that most of them are simply making it up as they go along, with varying degrees of ‘success’.

My own Mum and Dad must’ve wondered what the hell they’d let themselves in for, having not just one, but three children to provide for. I hold my parents very dear to me, and still have the utmost respect for them, and their views, but as one matures in years, you realise that everyone is fallible and even your dear old parents aren’t the oracles of wisdom that you assumed they were when you meandered through your formative years.

For a long time, it was not the done thing to question what my Father said or did; his way was the right way. It’s only with the benefit of hindsight that I can now question some of his judgements, and because I’m lucky enough to have a great relationship with my ol’ man, actually talk some of it through with him. It’s got to be weird for any parent to have nurtured their own flesh and blood from being a tiny, helpless object that shits itself, to morph into a contemporary adult, one that’s able to argue with them and potentially cast self doubt on their own beliefs and decision-making. 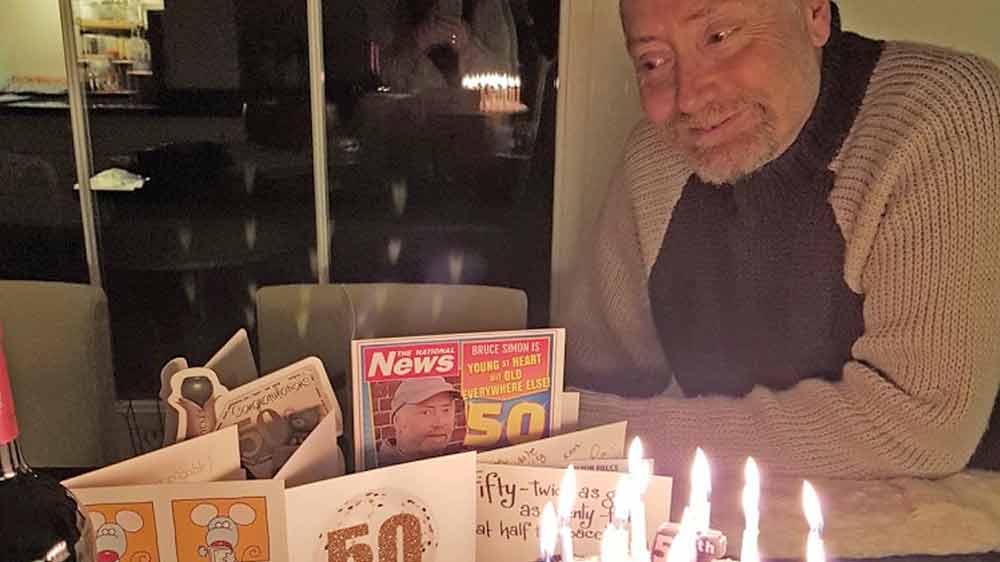 For me, work’s a strange one. I started working at the place I work at now in 2009, when I was in my very early 40s. Even back then, I was one of the older members of staff, but over the course of the last 8 or 9 years, I’ve somehow become the office grandad. I’d be fascinated to know how I’m viewed by some of the staff who, let’s face it, are young enough to be my own kids.

I guess the only parallel I can make with my own situation is to draw from some work experience I undertook whilst at the LCP in the very early 1990’s at Letts, the diary people. Their graphic designer was a guy who was probably slightly younger than I am now, but not significantly so. He was viewed by me, and other members of staff, as being quite the cool dude. He was a decent enough designer and rubbed along well enough with ‘the kids’.

So, I wonder if I am viewed as he was back then? Or do the people I work with look at me and wonder why this old fart is working alongside them? The frustrating thing about ageing within the workplace is that fundamentally, mentally, I feel pretty much the same as I did when I was in my mid-twenties. I can genuinely relate to these people. And, on the whole, I get a nice feeling off the majority of folks in my company; maybe they’re humouring me..! 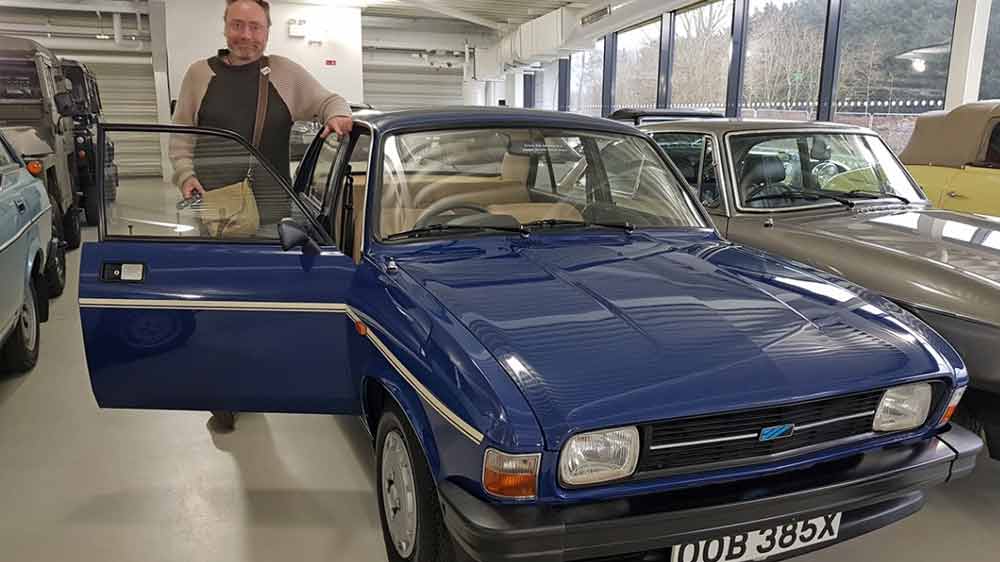 Anyway, getting back to whatever the point of this rambling monologue was supposed to be… yes, I’m 50.

The day itself was celebrated in truly middle-aged aplomb. My Dad had popped down from Yorkshire the previous night, and we’d spent the evening listening to some ‘serious’ classical music and imbibing some single malt whiskies. As a result of this, I was nursing a slightly vague, but nonetheless generally agreeable headspace, A leisurely breakfast ensued, and then, because of a sense of needing something to do to occupy the day as it stretched ahead of us, I made a typically impulsive decision to drive up to Gaydon to visit the Britsh Motoring Museum. There’s even some photographic evidence of this – see above for a picture of me with my first car – an Austin Allegro!

I’ve been driving past the signpost for this museum on the M40 for literally years, so, embracing my middle-aged status with abandon, Nina, my Dad and I drove for just over an hour to have a look at old cars and have a good ‘nostalgic wallow’. I have to admit that it was a great afternoon out, and I’d like to think I’d have enjoyed it equally as much had I visited the place 25 years previously. Even Nina enjoyed it. At least, that’s what she told me.

In terms of celebrating this milestone [millstone?], I was torn between doing something momentous, or slipping quietly into the shadows and letting it slide past with a minimum of fuss. Both of these options appeal to my sensibilities, but having witnessed most of my closest friends opt for the latter, I thought I’d buck the trend and set about sending out a load of invitations to a select group of friends that, due to life getting in the way, I simply don’t see enough of.

It requires a catalyst to bring a large group of people together, and traditionally, I have been that catalyst. This seems like an opportune time to celebrate, so I’m dusting off the vintage soundsystem, selecting some choice vinyl, taking over a favourite pub for one night and filling it with people that I like very much.

Because if I didn’t, then I know that I’d regret it.