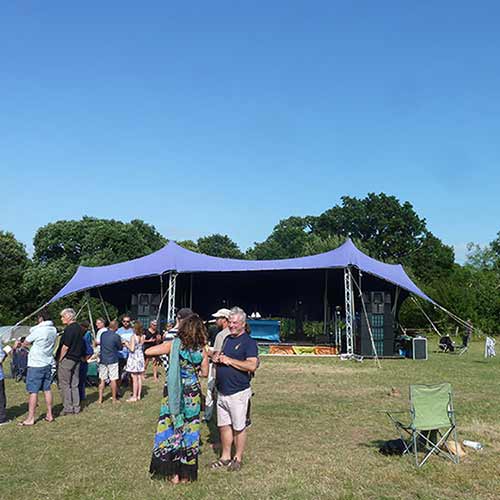 My old friend Pete Lawrence should be justifiably proud of a scene that, amongst a handful of others, he was instrumental in founding. At the tail end of the nineties and around the turn of the millennium, ‘chilling’ had become a byword in popular, mainstream culture, and The Big Chill organisation was arguably the leading exponent of that scene since the mid nineties. Pete was the creative guiding force at the Big Chill, and since he decided that enough was enough and quit back in 2007, it seemed to me that he’d been attempting to almost distance himself from the very scene that he’d had a hand in creating.

Pete’s obviously moved onto pastures anew since 2007, embarking on his quest to creative an alternative social media platform – one that doesn’t monetise its membership’s data – in the shape of Campfire Convention.

To get something like this off the ground, one obviously needs a] willing volunteers and b], a healthy injection of cash. The former has proved easier to source than the latter, so it was only after a meeting with big chill ‘legend’, DJ, and all round good egg Norman Jay MBE, that Norman suggested that Pete should capitalise on the legacy of the Big Chill to raise some much needed funds for his new venture. So… why not put on a ‘Little Chill’?

Things moved quite quickly behind the scenes after this. Pete blew the dust off his address book in the hope of rustling up a wish-list lineup of ‘Big Chill legends’, and the majority of artists seemed to be only too happy to donate their services gratis to raise support and awareness for the Campfire Cause.

Steve Hoare, a regular Campfire contributor and supporter, suggested the venue – a farm and smallholding just above Lewes on the edge of the South Downs, just across the way from where he lives. A perfect spot, at least for those old-skool chillers who are based towards the south end of the country.

500 tickets were released about six weeks ahead of the event and sold through steadily, selling out about a few days prior to the event itself. The week before the gig, a team of willing and enthusiastic volunteers, led by the indomitable Andy Brazewell, came on board to prepare the site for the weekend, working in blistering 33 degrees + heat, as the whole of the UK experienced unusually hot and very humid conditions. However, as sod’s law would have it, the first day of the festival on the Friday saw quite torrential rains break the hot spell, which was actually a welcome respite from the seriously oppressive heat.

The final lineup for the event really was great. For those of us who remember the heady and halcyon daze of the early Big Chills at the Black Mountains and the Larmer Tree Gardens, artists who played a key role at those early parties turned up to perform to a receptive and blissed out audience. It really was a joyful weekend. 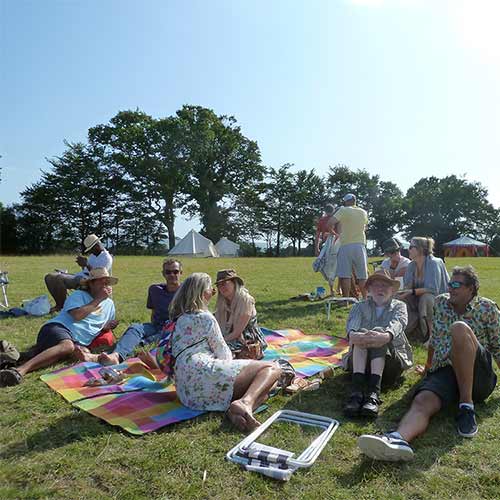 Friday night saw Neil Cowley and his percussionist Clive perform a storming set under quite arduous conditions; the heavy and persistent rain causing issues for the stage awning, which bulged ominously and threatened to split, due to the rainwater collecting in it. The frustration of having to deal with the weather seemed to provide ammunition for Neil, whipping him [and Clive] up into something of a frenzy as he hammered away at his keyboard and electronics in a vain attempt to keep the water at bay. It’s a wonder that no-one suffered electrocution, but for me, this set was the highlight of a weekend of highlights.

There were two areas for music; the main stage, and a rather good soundsystem in the bar area under canvas. A succession of DJs were invited to play in there, and I’d played a set to a small crowd on the Friday afternoon. To be honest, I wasn’t really feeling it, and my set felt a bit discombobulated, although a few folks kindly mentioned that they’d really enjoyed my selection.

My main set was on the Saturday, and the rains that had plentifully watered the site and the audience the evening before were still evident when I awoke on the Saturday morning. I was due on stage at around 1pm, but, due to the weather, Pepps, who was stage managing the event manfully, informed me that things were running slightly behind schedule, so I came on about an hour later, just in time to experience a big change in the weather… the skies cleared and the sun started to make a welcome appearance.

I’ll be honest, this was the first gig ‘proper’ that I’d done since 2016 at Latitude and I was a little nervous about it, but I needn’t have worried… the self confidence and easy banter with my audience came flooding back within minutes of hitting the stage. I’d decided to ditch all of the stress of bringing keyboards and other equipment along, and instead brought a CD wallet of new [and older] material, concentrating primarily on the more recent stuff I’ve been composing. I’d requested a microphone, “just in case I fancied doing some singing” and, after a short soundcheck, the hour-long set dissipated far too quickly. I sang quite a few new songs, including ‘The Process’, a track about the retreat my wife attended in 2018, and ‘The Shortest Day’, a track about life and death.. all cheery shit!

Anyway, the gig was a real success, and I was applauded and then re-applauded by the massed gathering. It felt great. 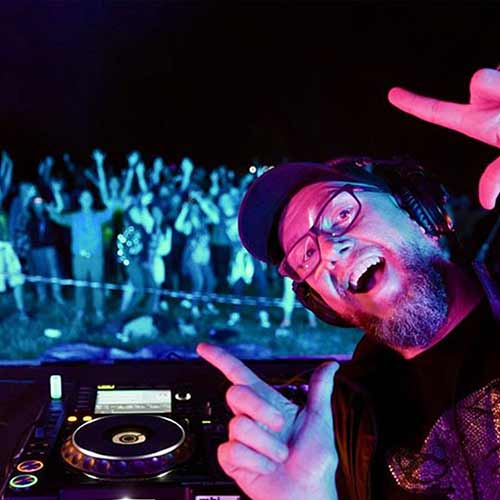 Other standouts from the weekend included Steve Cobby, who played a set which was vaguely reminiscent of the summery material that he used to perform with Fila Brazilia back in the day. Laura B demonstrated her newly honed wizardry with Ableton, Tom Middleton [pictured above] played a blinder of a set, mixing old favourites with some new, unreleased Global Communication tracks. I was wandering away from the stage, when I heard him drop ‘Analogue Bubblebath’, the track he’d written with Aphex Twin in the early nineties, which made me turn on my heel – an absolute belter. Stuart Warren-Hill entertained the masses with his sonic and 3D visual excellence, after which, everyone retreated to the campfire under clear and starry skies.

Someone commented that this was ‘the best Big Chill they’d attended’ and I concur to some extent. It’s safe to say that pretty much everybody who was in attendance would wish this to become a regular event; whether or not it will do is anyone’s guess, but with Pete’s attention firmly focused on building the Campfire, it’ll probably be down to someone else to curate and organise anything in the future.