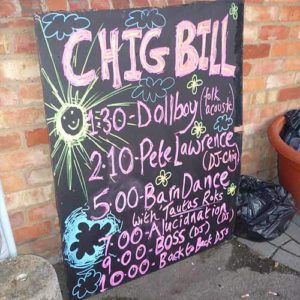 Pete Lawrence has been a great addition to the village of Braunston since he moved there in 2007. He’s played a seriously active part in the community, organising concerts at his local church, getting involved with the local fete and village day and generally making himself known as the mover & shaker that he always has been.

So the news that he was organising a weekend of music and merriment at his local pub was greeted with enthusiasm from all quarters, both locally and further afield. The Chig Bill wordplay was a cheeky nod towards the Big Chill, the festival that Pete and Katrina had built up from a small boutique event in the nineties to the megalith that it was in 2011.

I guess that this was a similar tip musically to the Chilled Cider event from a few weeks before.. a mixture of folk-based bands and ambient instrumentalists with some DJ action inbetween.

I set off on the Friday evening, meeting Marcus en route at the White Horse in Bucks for a swift pint before we headed up the M40 in the general direction of the Midlands. Travelling up late at night is always a pleasure – the roads are quiet and the miles ebb away much more enjoyably. We had planned to hook up with Pete once we’d got up there, but as it happens, we ended up getting to Braunston later than we’d anticipated, so we went straight to the Admiral Nelson and parked up in front of the pub for the night. Ed and Nina joined us about half an hour after we’d arrived, so we all had a chinwag and drank a couple of beers before hitting the hay.

The Saturday dawned with bright skies and sunshine; perfect festival weather! Pete and Simon Martin started setting up the soundsystem using Pete’s trusty Bose setup and the adjacent field started filling up with punters that were staying in tents and campervans for the weekend. In actual fact, it was vaguely reminiscent of the first Big Chill at the Black Mountains in Brecon – a similar number of revellers – but with the added benefit of a hostelry right in the midst of it all!

I had originally been due to perform at around 2pm, but Pete moved my set back to 7pm, which worked far better for me. By that time, the sun was getting lower in the sky, the crowd had swelled to some 250 people and the general mood was softened by the alcohol. I’d decided that I was going to perform a set of exclusively my own material, and also do a bit of singing if the mood took me, which it did. About three of four tracks in, I dropped the crowd-pleasing ‘I’m Not Bad’ which went down a storm – there were people dancing and chigging around to it, which increased my confidence and subsequently I sang a few more songs as the set went on. I played for around two hours, and I can genuinely say that I cast a spell over the place with typical alucidnation ambience. At one point, my nephew Beau joined me behind the equipment and sat mesmerised [which, believe me, is unusual for him!] watching me perform. His presence attracted a load more kids, and I was surrounded by little chiggers all baying for a slice of the action! Good times. The sun glistened as it set over the still canal waters – it really was magical. I really enjoyed this set – these gigs come along very occasionally where everything seems to come into alignment – you really can feel it.

After I’d finished, I packed my gear away to the soundtrack of Simon ‘Boss’ Martin who played an upbeat DJ set, with Pete joining him later on, getting the small crowd moving nicely. 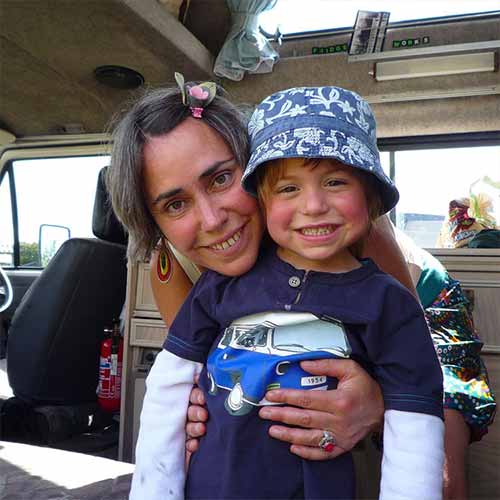 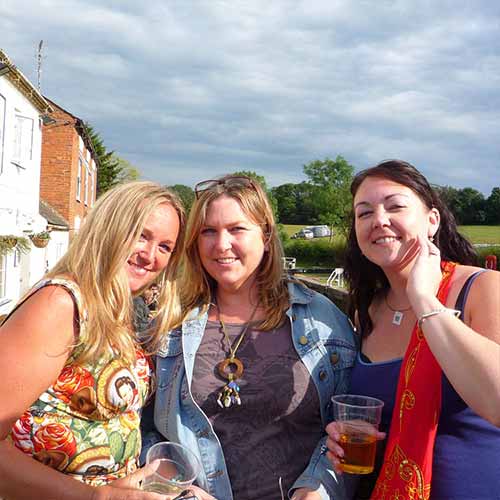 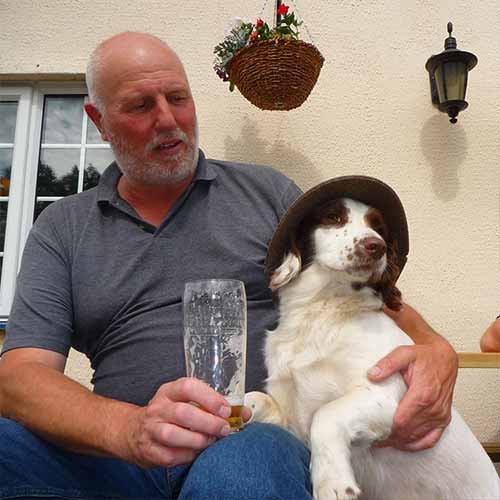 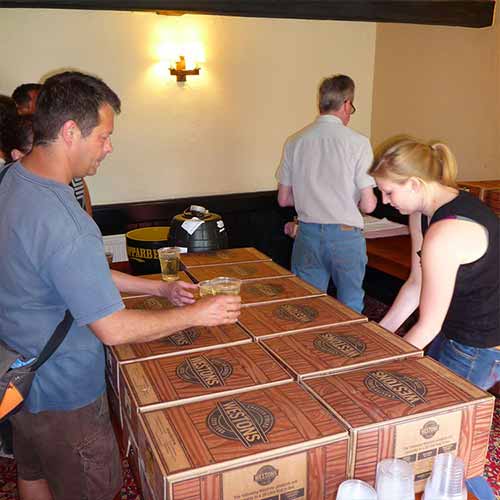 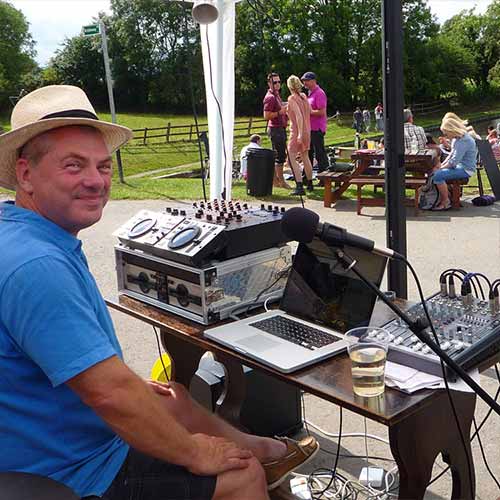 The rest of the night was spent back at base, having a chinwag with friends and family. Unfortunately, the following morning, my sister Julie had contracted some kind of stomach bug, and was sick as a dog. We decided that we needed to get back home as there was a load of things that needed to be done; a shame really, as some class acts played on the Sunday, including Emily Davies, Yam Yam and Mixmaster Morris, who apparantly played a fantastic set at the ‘after-party’ round at Pete’s house to an appreciative small audience.

NB Writing here a number of years after the event happened, Melvyn Benn of Festival Republic actually tried to take Pete to court, citing the misuse of The Big Chill’s name and reputation as amunition! Unbelievable.