Spiritland is an audio experience, realised by Paul Noble. The ultimate aim is to bring high quality audiophilia into a listening environment, where the emphasis is less on the skill of mixing, more the selection of records and their sequencing.

The concept first opened in October 2014 at the Merchant Tavern in oh-so-fashionable Shoreditch, East London. It’s a decent venue serving good food and drink to a discerning audience, replete with a wood burner pumping out heat and providing a good visual accompaniment to the enormous Tannoy Westminster speakers. The system is amplified by two Canary Audio monoblock valve amplifiers and the overall result is a warmth rarely achieved by most hi-fi systems.

I was invited to play on a Sunday towards the end of November. The weather was pretty awful, a rainy day which didn’t encourage many people to leave the comfort of their homes. I can’t say I blame them – it took me nigh on two hours to drive the 13 miles or so to the venue.

With the emphasis being on vinyl, I’d brought along a sackful of stuff that I wanted to hear through those massive Tannoys, so I spent a lot of time just putting records on and then joining the drinkers and diners to enjoy the music.

Afer five hours in control, I was more than ready to relinquish control to Jon sa Trinxa. However, he was fashionably late, so I played for nearly 6 hours to an appreciative audience. Poor ol’ Jon wasn’t really aware of the brief and had only brought CD-Rs with him, most of which wouldn’t play on the high-end Sony reference CD player..

Since then, I’ve played at all of the Spiritland venues, the Kings Cross bar probably being the most enjoyable. 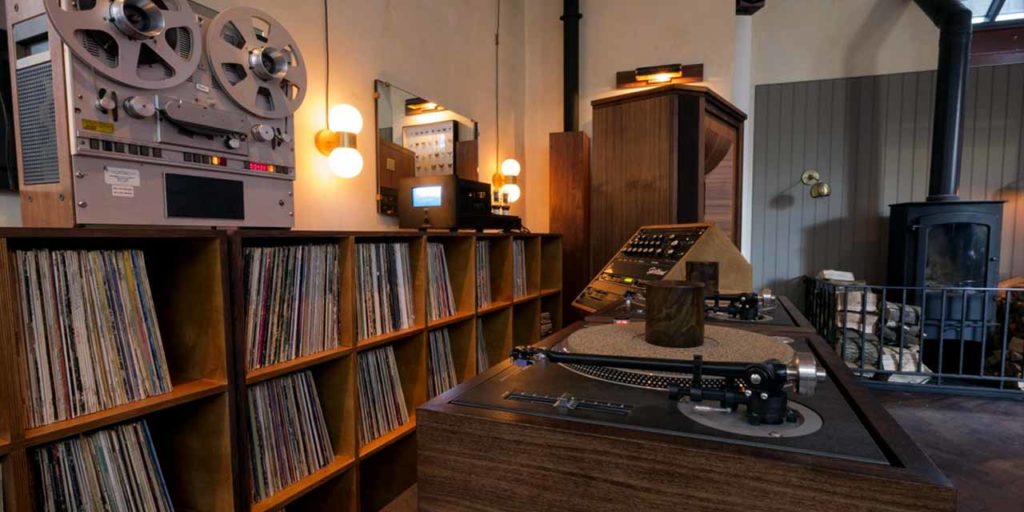