Late at the Tate 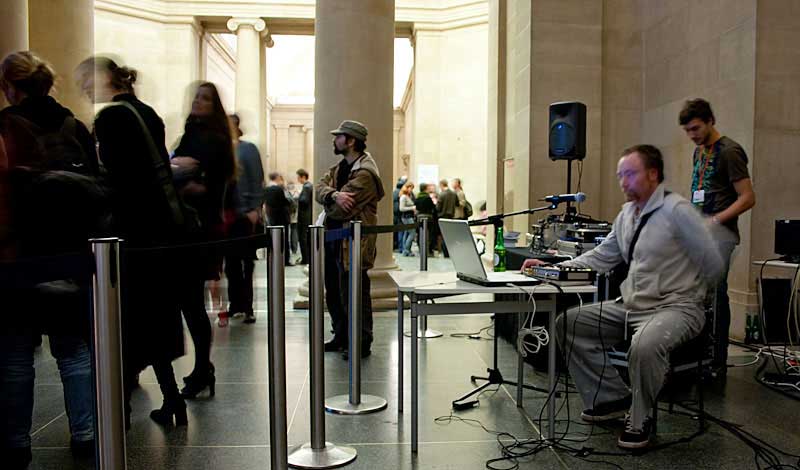 Some people’s ambition is to have work exhibited in an environment such as the Tate Gallery. I’m proud to say that this is something that I’ve already managed to realise.What a buzz! Playing at an event such as Late at Tate is truly awesome – it’s simply the space itself…

The cavernous nature of the North Duveen enabled me to utilise the natural reverbs of the place. I was able to kill a fader on my mixer and have the sound reverberate for a mammoth 5.5 secs. This meant that I could indulge in some real ambient chillage, with accompanying vocals that whirled around and span the whole gig out… absolutely fantastic.

At the Tate Britain gig, we were alloted a 16’x12′ projection canvas, which meant that Ed could project some of my photography. This really did work a treat, and even though I was playing in what can be described as a thoroughfare, people were stopping and staying, entranced by the visuals and sounds.

So chuffed! Big Chill Recordings had also been alloted the adjacent room, where Eva Abraham ana Ackers & G played to enthusiastic audiences. A superb night at the Britain. Massive thanks to Adrian Shaw for being such a hospitable host! 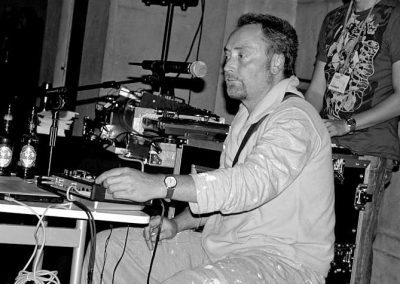 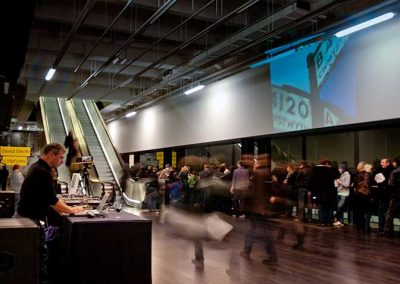 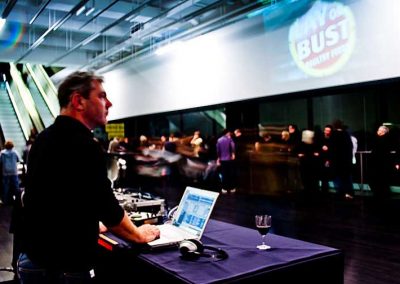 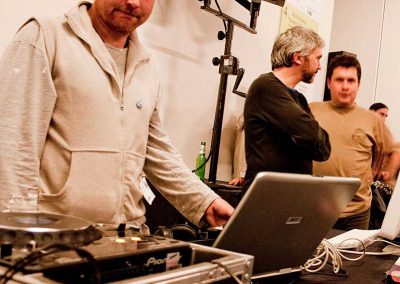 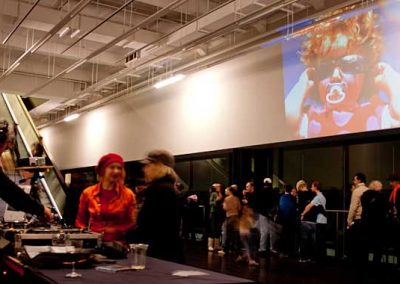 The gig at the Modern was also a buzz, the sound system being of very high quality, but for me, the space that we were playing in didn’t really inspire me, I guess that I was comparing it too much with the gig that we’d played a couple of nights before at the Britain. The main disadvantage was that I was DJing to a queue of people waiting to board one of the more popular exhibits – this being a giant slide in the main body of the building.

I can only comparing it to playing in an airport lounge. The audience was impressed on the whole – I played some obscure track by Terje Rydpal, and was amazed when a bloke made his way over and identified the track!

All in all though, a great weekend, made all the more pleasureable by the fact that I spent it with Ed and Dave, plus a whole load of friends turned out in force to give me a bit of a moral booster!