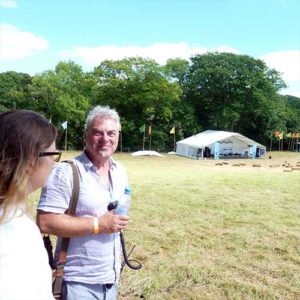 Since the early part of this decade, Pete Lawrence has been attempting to get his vision for a new social network off the ground. This event was the realisation of a lot of hard work and I’m happy to report that it was a real success.

The premise of the Campfire is to attempt a move away from corporatised social media, challenging the likes of FaceBook. FaceBook has generated vast wealth for a small number of individuals in a comparatively short period of time and I think it’s safe to assume that your personal data is being sold on to other companies. These companies then hone and refine this data and subsequently target unwanted advertising at you in your feed.

I’m not sure about you, but I find it vaguely depressing to note that my news feed on Facebook is populated by ads informing me that I need to seek help with baldness and to start saving in earnest for my own bloody funeral. A sobering thought..!

The intention of the Campfire is to provide a viable alternative to Facebook by providing a subscription-based social network, populated by like-minded folk who can discuss a variety of similar interests within online ‘guilds’. Ultimately, the aim is that people who meet in the 2nd life will convene at a regular, annual event and meet in real life!

To some extent, Pete, along with the Big Chill team had trailblazed the social network way before the likes of Mark Zuckerberg launched Facebook. The ‘Purple Pages’ were a lively forum and it allowed users to customise their profiles, communicate via chat messages online and post images and video. Lots of long-lasting relationships were spawned on this forum, not to mention various parties and small events and even a radio station, imaginatively named Purple Radio. It’s still a going concern!

When Pete left the Big Chill in 2007, he took a short sabbatical and came back a year or so later with the germ of an idea for something named ‘PicNic Village’. Picnic had essentially the same ethos as the Campfire, just with a less catchy name. Either way, it was never launched ‘officially’, so to see this weekend come to fruition was pretty exciting for all concerned.

Back in late May, we’d held a reccy at the venue, which was a beautiful pub called The Bridge Inn in the sleepy hamlet of Michaelchurch Ecsley in deepest Herefordshire border country. Ironically, the site was around 6 miles as the crow flies from where the first Big Chill Gala was held in 1995, so there were some happy parallels as far as the geography was concerned.

Around 25 people turned up to discuss ideas around the fire. We also all took a walk around the site to decide whereabouts stages would be positioned and where the campsite and the all-important campfire would be placed. it was a positive meeting and  I came away feeling positive, invigorated and definietly wanting to be involved with the event.

As I was fresh from programming at Latitude, Pete bestowed the responsibility of organising the music for the inaugral Campfire upon me, which, in hindsight was quite an acolade. The majority of the main acts had already been booked by Peter; Will Pound and Eddy Jay, Edward II, Greg Wilson and Adrian Legg all ended up played storming sets over the weekend. I got more involved with the programming of the DJs – we had two ‘stages’ – the main stage, where the live acts were performing, and the garden stage, where thinkshops and suchlike were based.

I put some playlists together for the garden stage, but in the eventuality, this stage was more than adequately catered for by Jez Allerton and Dave Atkin who did a sterling job between them, making sure that the mics were working OK for the speakers that graced the area and playing an incidental soundtrack of music over the weekend.

Come the Friday of the festival, we were blessed with some cracking weather and the forecast was looking really promising. Brian Eno had arrived on site and Pete showed him around. Eno is smaller in stature than I’d imagined, but it was pretty cool to be sharing space with such an inspirational guy. Eno’s work, whether it be in the visual or audio spheres, has always touched me in some shape or form and I’m pleased to say that we exchanged some banter over the weekend. Brian’s keynote speech after Pete’s inaugral presentation on the Saturday morning was well attended – he’s a seriously engaging speaker, eloquent and erudite. 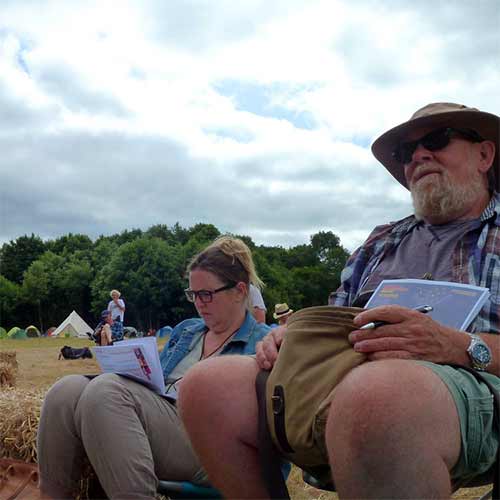 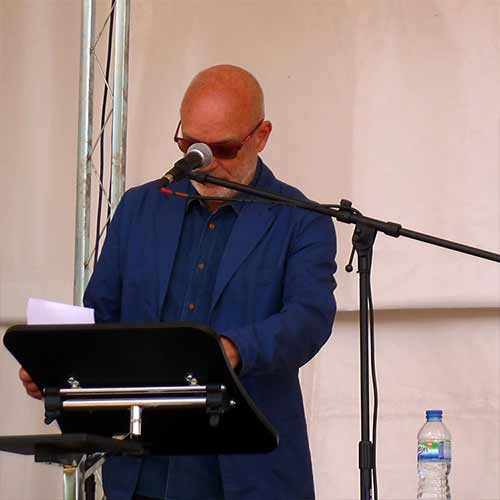 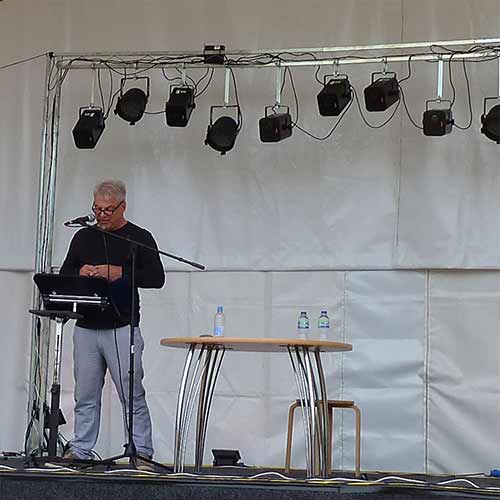 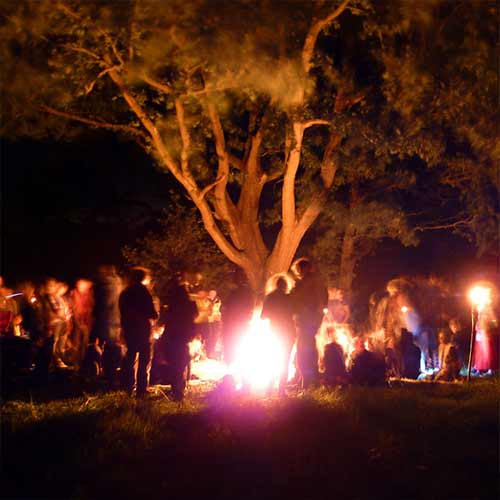 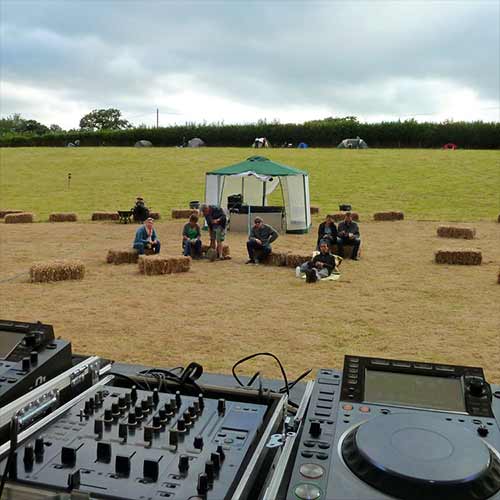 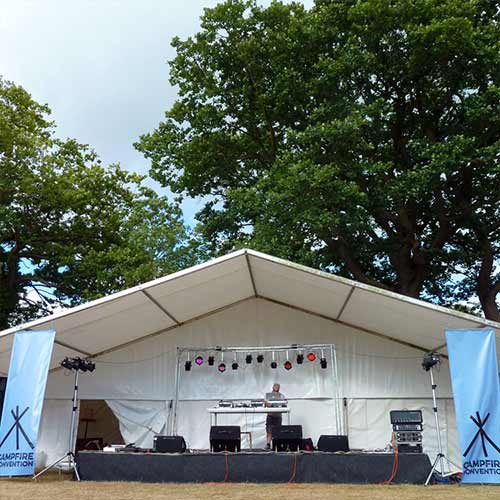 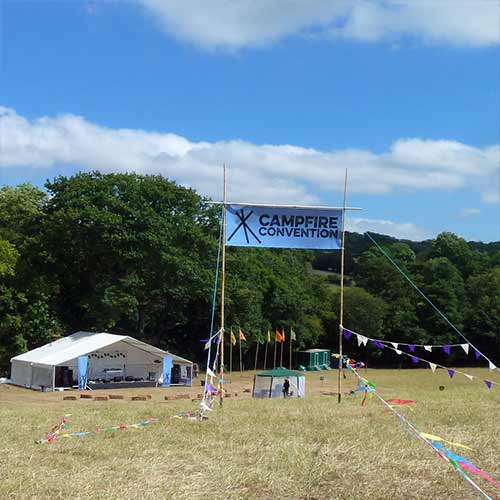 The first day passed wandering around the site, enjoying the pub’s hospitality, bumping into people I’d not seen for eons and generally having a nice time. Any reservations I’d had about the event being too politically biased and talky were unfounded, and the day’s music was excellent. We were treated to a fantastic performance by Adrian Legg, then later on, Edward II, who I’ve never been a huge fan of, really surprised me with an energetic and pretty electric gig. It was then up to Greg Wilson to wrap the party up, which he did with aplomb, spinning his trademark edits to an appreciative crowd.

Sunday arrived and we were treated to a lovely performance by Anna and Elizabeth before an impromptu Q&A session which wrapped up the weekend.

I’ve a feeling that this is the start of something quite exciting. Here’s to next year.