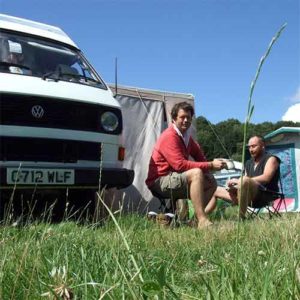 This was the seventh time that the Chill held their annual summer gathering at this stunning site.

To be honest with you, it was debatable whether or not I’d be performing at this years’ gala.

There’d been some misunderstandings prior to getting the call regarding inclusion on a CD that Tom Middleton was compiling for the Big Issue, highlighting label artists that were to be performing. None of my work was included, leaving me to conclude that my services weren’t to be required. So it was good news when Tom Sweet and Guy Morley asked me to play.

Since the departure of Pete Lawrence as head of programming, it appeared as though the ‘old guard’ had been left out in the cold. Indeed, the majority had been – personal faves such as Another Fine Day, who traditionally are allotted the midday slot on one of the main stages weren’t to be found this year, which was a shame, I think…

In the end, I was booked to play three times; once on the new ‘Sauza Stage’, a tequila bar in a rather swish looking tent, once on the new ‘Vida La Vida’ Stage in the Body and Soul area, and my traditional early morning radio slot on Big Chill FM.

My VJ and good friend Ed Richardson set off from my gaff in Harrow on the Thursday lunchtime in my camper – usually Ed brings his own camper van as well, but due to financial constraints on both his and my own parts, we decided to just take mine to save money on fuel expenses. It turned out to be a decent enough plan – it’s always tricky sharing such a confined space with someone for a few days, but it didn’t turn out to be an issue – Ed, being a camper owner himself is well versed in camper etiquette, so the arrangement worked well! 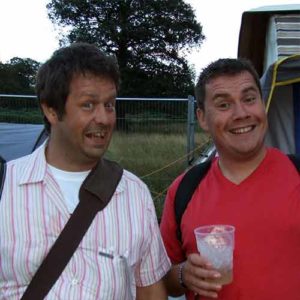 We ended up camping in Live-In vehicles with Kate and Kieran; Kate was compeering on the main stage on the Friday; it was great to spend time with them and their crew to be honest.

Thursday turned out to be somewhat of a blur; we didn’t actually make it over the hill to check out the main site, preferring to chill ‘at home’ with some beers and smoke and Kate, Kieran and Chris for company. It was a nice evening, and we didn’t get too much of a late night either.

The Friday came, and with it came the traditional decent weather that we’ve come to almost expect at the Chill. Absolutely perfect festival weather conditions prevailed; plenty of sunshine, a nice breeze and some decent cloud cover to take the edge off the sunshine. We ambled over to the main site mid-afternoon, and hooked up with Patrick and his Disco Shed – he’d been given a top spot at the entrance to the art trail and it proved to be a magnet as a meet-up point for old friends and new over the course of the weekend. Patrick and the ‘Shed Massive’ attracted some great acts as well, including Stuart Warren-Hill of Hexstatic, who played a blinder of a set (even though the power went down), Mixmaster Morris and Alex Patterson of the Orb!

The Saturday was my ‘work day’; starting pretty early as it goes. I’ll be honest – I had reservations about playing a) in a small tent, and b) so early on in the day, but in actual fact, the setting and the timing were perfect for what I ended up doing. A small crowd had gathered by the time I started the performance, which gradually swelled to about a couple of hundred by the end of it.

It was a long set – two and a half hours, so I had the time and space to build in a variety of styles and progressions. I really enjoyed it, and it was satisfying to see people chilling out properly (which, let’s face it used to be the Big Chill’s ethos) to my sounds. I had a few folks wander up to me at the end of the set to congratulate me and to ask the usual stuff – when’s the new LP coming out etc.! 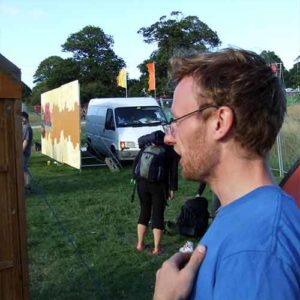 Ed and I managed to get a lift back to base with my gear, upon which time Ed was pretty fucked up – he went to sleep whilst I put some scran on and got ready for the rest of the day. My set in the Body and Soul area was very late that night, so once Ed had woken up (he’d drank too much of the rider, too early in the day) we stumbled back onto site and caught some of the action.

I don’t really recall much of the rest of the day, aside from catching some of Jon Hopkins’ set on the main stage and seeing a few old faces. I can attribute much of the blame on the Burrow Hill cider, but I ended up at the Body and Soul area to do my set with the intention of playing a blissed out ambient set. It didn’t actually work out that way – once I’d landed I realised that people wanted to dance, so I played a set made up of exclusively my own more beat-driven stuff.

It went down an absolute treat – feedback was great! I played for about an hour – a perfect vibe, due to the space itself which was about a 150 capacity marquee with a really smooth soundsystem. Larry Lush compered, and he made a superb job of it too.. I had the audience in the palm of my hand, and once it had finished and the majority of the audience had dispersed, Larry and I played an impromptu back-to-back set which ended when I decided I couldn’t stand up for any longer… I had to crash.

After little sleep, Sunday was upon us. More of the same really – it was always going to be a long day, due to my radio slot happening the following morning at 3am, so with this in mind, I ingested some spacecake and sat back and enjoyed the ride. The weather wasn’t really all that – it rained for some of the day, but this didn’t really marr the overall vibe. I seem to remember spending much of it up at the Disco Shed chatting with Morris and a few other bods. Later, my radio show was consequently a bit of a blur, but it was great to hang with Paul Noble and I had some nice texts from various folks who were still up and enjoying the vibes.

So, all in all, and considering the amount of people that were onsite this year – about 40,000 (!) it was another great weekend.