Righto, I have some progress to report! I’ve now launched the pre-release on my BandCamp. It’s the first time that I’ve used this feature on BC and I have to confess to finding it somewhat confusing. However, I think I’ve mastered it, and it’s now all live.

The five TPs [test pressings] for the vinyl are almost ready to be shipped from the pressing plant, so I’m looking forward to hearing how they sound when they land here in the UK.

Both the vinyl and the CD were flying off the proverbial shelves yesterday. However, things [inevitably] appear to have slowed today, so I’m hoping that the 70 or so of you who expressed an interest in the vinyl edition will place your pre-orders soon, otherwise I’m liable to lose a shit-ton of dough… :-/

To those of you who’ve already come on board with this, I salute you. Thank you for your support, as ever.

OK, the poll is now closed. Firstly, a big thanks to everyone who either contributed, or those of you who’ve got in touch with me directly to let me know their preference around the physical release of this new album.

I’m going to name it Mellifluous, which I think is an apt description for this release.

The poll had a strong response! Looking at the results, I will be pressing and releasing 100 copies only of each format.

Because of the ongoing global demand for pressing vinyl, I’m afraid that deliveries won’t commence until around October.

The vinyl edition will be pressed on 140gm mint-green transparent wax and will retail on my BandCamp at or around the £19 mark.

The CD will ship in a 6 panel digipack, complete with an 12 page booklet and will retail at or around the £11 mark.

Postage and packing costs will be additional and will obviously depend on where you’re based. The last time I self-released, this is the step that properly screwed me over and lost me considerable money, as I’d underestimated the costs of shipping product abroad – especially to the States and Australia, which sometimes cost almost as much as the record itself! CD isn’t quite as astronomical, but either way, I will be shipping the stock as securely and economically as I can.

The record has been mastered by old buddy Chris Bagust at Marmalade Masters and it’s sounding punchy and strong, which is good news.

I will announce on the usual channels when you’ll be able to pre-order both CD and vinyl on my BandCamp.

In addition to the record itself, I’m also planning on selling some limited edition high-quality hoodies and some rather beautiful wooden coasters, both of which will sport the rather fetching lucid recordings logo.

Hope you’re having a decent time of it? Strange days indeed… but I won’t go into that.

Whilst it might seem a bit odd, as far as I’m concerned, the last ‘proper’ album I released was ‘Paracosmic‘, way back in 2017. I guess by ‘proper’ I mean a body of varied work written over a two or three year period.

Obviously, I’ve stuck a couple of decent ambient albums out since then, but I’m now ready to put a ‘proper’ new LP out. This’ll comprise of a culmination of what I deem to be some of the better pieces that I’ve been tinkering with over the past 5 years.

This time around, I’m not doing a kickstarter. Instead, I’m thinking about a nifty pre-order system for a limited edition LP, pressed on blue-green vinyl. I will also release a CD version in 6-panel packaging replete with a booklet of photographs and words.

In order to get this project off the ground, I gauged an idea of who’d be interested in buying either the vinyl or CD [or perhaps both for the completists amongst you] by simply clicking on a ‘vinyl’ and ‘CD’ polling button. This poll closed on the 21st June.

C’mon; you know you want to! 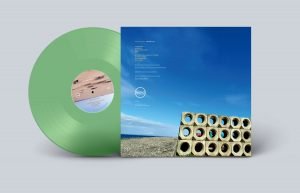 I’ll hold my hands up. Publishing is an area that I’ve been neglecting for a number of years. It’s an oft-misunderstood dark art, and I’m as guilty as the next musician when it comes to getting my head around PRS and MCPS related business.

For an ‘established’ artist with a large-ish canon of work, it’s important to have a company on side who will promote and shout about your catalogue from the proverbial rooftops. There’s a slew of music out there; but why shouldn’t it be my stuff incidentally used liberally under a few Channel 4 idents?

alucidnation was signed to Faber Music for the past 8 or 9 years. I was signed by the ‘legendary’ James Endeacott because they felt that electronic and ambient music would be another useful string to their bow. However, due to Faber moving back into exclusively classical music publishing at the start of 2022, I found myself bereft of a deal.

But… enter stage left, BMG, Bucks Music Group. As of July 2022, I have now joined their rather splendid roster of published artists. I’m excited to have their CEO, Simon Platz, representing my body of work.

You can go here to read more about BMG, and my artist page is here.

Whilst it might appear as though I’ve been sat with my thumb up my arse, appearances can be deceptive. 2021 saw a flurry of writing and recording activity, and, as ever, I’ve been regularly producing some interesting fresh material, some of which will probably surface on a new album in the not-too-distant future.

In the interim, I released ‘Medications’ on mid-summer’s day, 2021. This mini-LP contains three reinterpretations of the first three phases from ‘Meditations’, which was released last year on the same date.

At Swim, the members of which are Paul Gathercole & Ben Ackland, formerly AGK, old labelmates at the Big Chill, revisit Phase I Ocean Floor and give the whole piece an ethereal and other-worldly take on things. It’s a beautiful re-work.

I turn my hand to reworks of Phase II ‘Deep Dive’ and Phase III ‘Infinity’, adding a subliminal dubbed out feel to the soundscapes. I’m pretty sure that if you enjoyed Meditations, then you’ll enjoy this new album.

It was released exclusively on BandCamp on the 21st May, then rolled out to all other digital and streaming platforms on midsummers’ day.

Lucid Recordings also released a very limited compact disc of the album, which was housed in a tri-fold sleeve with art and photography by Bruce. Slightly different from the digital release inasmuch as it contains additional sound design which meant that each phase segued into the next. My general aim was to present the listener with an aural equivalent of a deep dive in a small submarine. The final result is vaguely discombobulating, albeit in a good way.

For those of your hoping to grab yourself a copy, I’m afraid it was released, sold out and was therefore deleted on the same day.

Go here to visit my BandCamp page. Or for those of you who don’t do downloads, you can stream on Spotify here. 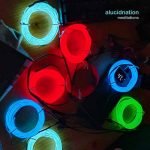 In 2020, to celebrate the launch of the new incarnation of this website, I composed some new stuff and put together a new digital BandCamp release.

‘Meditations’ ploughed a similar furrow to an earlier album ‘Sound to Sleep to‘ inasmuch as it contains purely ambient and drone, designed with meditation, yoga and other peaceful pursuits in mind. I’d like to also say that it aids sleep and relaxation, but I can’t quantify this… sorry.

Anyway, enough waffle. ‘Meditations’ is a four part study and ideally should be listened to as a whole. It’s about 47 minutes long.

The digital album is available on BandCamp by clicking here.

The album was released to all other digital and streaming platforms on the 21st June 2020.

A very limited edition compact disc version [with exclusive artwork and an extra track] was also released for sale and deleted on the same day. It sold out immediately.

Incredibly, I also found some time to work on some visual accompaniment to the album.

the 'buy me a coffee' button

As everyone’s aware, it’s bloody hard to scrape some kind of meagre living from doing what you genuinely love.

There have obviously been various methods to  attempt to monetize one’s art over the past few years, such as ‘Donate via PayPal’ buttons, but the new kid on the block, ‘Buy Me A Coffee‘ seems to me to be one of the more user-friendly methods of extracting micropayments from you, the people who love what I do. Micropayments are definitely the way forward for anyone involved with the arts, I’m convinced of that.

So, on this new site, you’ll spot that there’s now a clickable icon in the bottom right of each page – click on it and it expands… and gives you the option to, well, buy me a coffee.

In an ideal world I’d have pitched the amount lower; to let’s say two quid, but I’m limited by the developers. If I was a greedy bastard, I could’ve suggested four or five quid, but I prefer my coffee simple, none of this skinny flat white bollocks for me.

Either way, if you enjoy what I do, a small donation would be very welcome, so thanks in advance. 🙂

The section of the new site where I indulge my passion for writing. I try and cover a variety of subjects, but I suppose it’s primarily about the music.

Here are a few featured articles – dive in and find lots more witty and erudite writing in the scrapbook.. 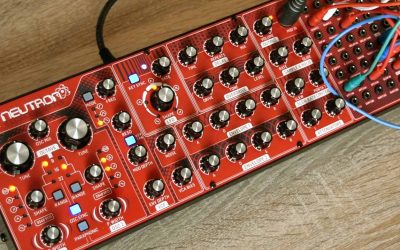 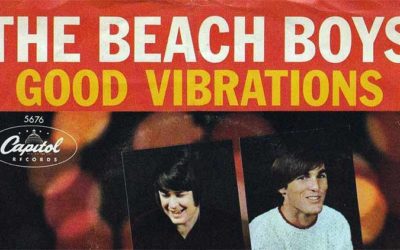 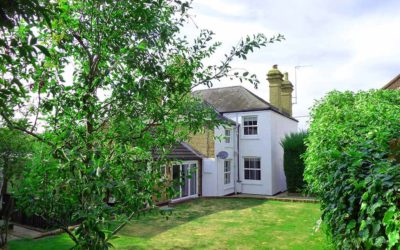 Yet another house and studio move.

I’ve partnered with old friends DizzyJam to bring you a range of t-shirts, hoodies and other stuff that you may or may not want to clutter your already cluttered dwelling with.

Rest assured; all items are made of the highest quality materials. I’ve attempted to price them as competitively as possible, bearing in mind the current state of commercial flux we all find ourselves mired in.

I’ll be adding other designs and products over time. For the while though, if you’re happy being a subtle walking billboard for my record imprint, then please – be my guest! 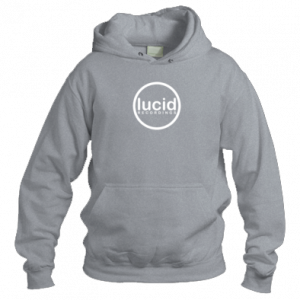 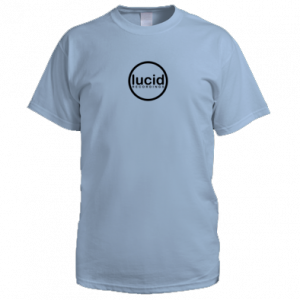 My days of spinning records in clubs and DJing to large, mainly appreciative crowds appear to have vanished in the haze of middle age… thank christ. The bottom line is that it’s a young man’s game… and if I’m honest, I never really enjoyed playing in clubs much anyway.

But I’ve always loved radio; it’s the most intimate platform and the best thing is that as a broadcaster, you can do it all from the comfort of your home studio, indulge yourself and hopefully indulge your listeners at the same time.

My radio show, ‘Eclectronica’ has been running since 2008. For the first twelve years it aired as a two hour specialist show on Global’s legendary Chill DAB station with a 20K per week audience.

I now syndicate Eclectronica to a number of UK stations broadcasting on FM, DAB and online, worldwide. 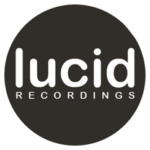 All audio commerce is now on my BandCamp.

My back catalogue is now available to stream & purchase here on the Discography page.

The pre-release of my new album, ‘Mellifluous‘, is now available. Please pre-order it here.

The album goes live on BandCamp on Monday September 5th. 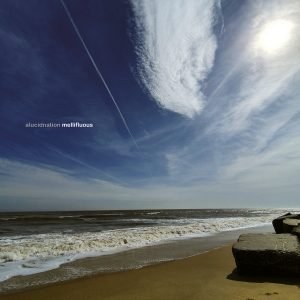 Some of the alucidnation catalogue is signed to YogiTunes.

YogiTunes is designed with the yoga instructor forefront of mind.

The app enables you to find inspiration and save time with playlists curated by world class selectors.

Search by yoga type, see whatʼs trending, or browse by genre and other activities. Create a continuous flow with playlists built to keep your students atuned to a deeper, medatitive state.